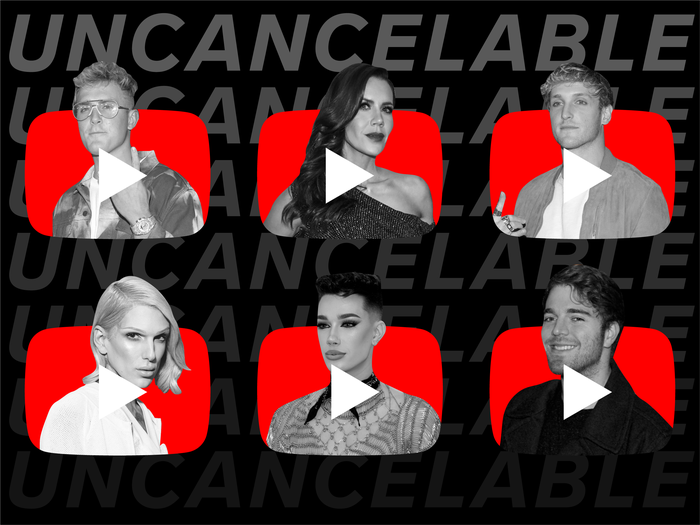 2021 YouTube was not made with me in mind, and rightly so. According to my cultural advisor and 12-year-old niece, I am “an old”. There’s no stopping it, I never was and never will be down with the kids. I got a searing glimpse into this recently while playing a game of keepy-uppy with advisor/niece (same person!). I asked about the recent David Dobrik’s scandal and his ‘vlog squad’. Her eyes glazed over, she literally dropped the ball and said “Vlog squad? Jesus Christ…” Apparently it’s really old hat to refer to Dobrik’s group.

I felt the hand of Mother Time pat me on the shoulder, gently intoning me to sit the next few rounds out.

All of this is to say that perhaps I am not the best person for expounding on Youtuber drama. The niece may be better but she’s at school right now and education is very important. Stay in school, kids.

What I am good at is spending countless hours watching videos about various beefs between Youtubers I’ve never heard of and care little for. The effect is hypnotic. I put these on in the background while cooking, cleaning, painting decking, watering plants, filing taxes, anything. Something about the intricately detailed breakdown of humans with more wealth than sense soothes my frontal lobe.

D’Angelo Wallace is a champion at this. It was through his meticulous oratory that I even know why certain Youtubers are in hot water. There seems to be an abundance of it lately. Ever since Tati Westbrook released ‘Bye Sister’ two years ago, Youtuber drama has become a major algorithm booster.

“Cancelling” can have a dramatic effect on a creator’s platform, pushing them into bigger and better financial heights. Once James Charles bounced back from the initial backlash, his success kept growing. He broke out from the beauty bloggers and into the mainstream.

And like a pendulum he’s gone back to cancelled. Due to recent instances of inappropriately messaging underage children, Charles has been demonetised. The same accusations by Westbrook have come back to haunt him and this time there are receipts.

It remains to be seen whether Charles will bounce back from this. While this is happening fellow creator, David Dobrik is facing allegations of enabling sexual abuse and endangering staff members. A clip circulated recently showing a former associate gravely injuring himself at the behest of Dobrik. The legal ramifications of this could be detrimental to his public platform.

All these scandals are unfolding in front of a young, impressionable audience. In the case the injured party was egged on to take part in a dangerous stunt. The more outrageous, the more clicks and views for the creator. With clicks being the true currency of YouTube, some creators have grown a God Complex; they are separate from the unwashed masses. They feel a greater freedom for ‘expression’ because their audience allows it.

Scandal and callouts are not just a hindrance; they can be monetised. They can create content out of their controversy. Yet the tide is hopefully turning. With the waves of scandal facing the likes of Dobrik, James Charles and Jeffree Starr, their market audience may start to unsubscribe and look elsewhere for content from a less problematic source. My cultural advisor has already grown tired of it all, so the hope is there.