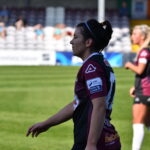 Galway WFC's Rachel Kearns has taken to the challenge of leading the line on the soccer pitch like a duck to water this season, and such proficiency has saw her rewarded with the SSE Airtricity Player of the Month award for April. Kearns has been nothing short of a revelation up front for Billy Clery's women in 2021, with an astounding eye for goal and hunger in chasing from … END_OF_DOCUMENT_TOKEN_TO_BE_REPLACED 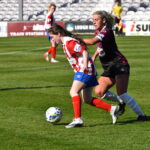 Galway WFC 4-1 Treaty United At Eamonn Deacy Park The sun may have been beating down on Eamonn Deacy Park, but a ruthless Galway WFC barely broke sweat in a sweeping win over a toothless Treaty United. Any side coming into a game off the back of a 7-1 defeat last week would always be short on confidence, and that was the case for the women from Limerick, as a … END_OF_DOCUMENT_TOKEN_TO_BE_REPLACED 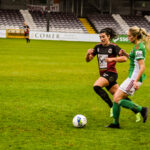 SSE Airtricity Women's National League Galway WFC 3-3 Cork City A fantastic strike in the dying embers from Cork City skipper Becky Cassin was enough to snatch a point from the jaws of defeat for her side, as Galway WFC relinquished their iron grip on a captivating and enthralling game of football in Terryland. It was a game which was end to end, and not even a … END_OF_DOCUMENT_TOKEN_TO_BE_REPLACED 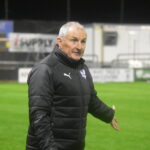 SSE Airtricity League First Division Galway United 0-0 Shelbourne FC GALWAY United pushed Shelbourne to the pin of their collars in the League opener under the floodlights in Eamonn Deacy Park, however there will be a sense of bitter disappointment for the Tribesmen as they couldn’t break the deadlock in a 0-0 draw on their home patch United made attempt after … END_OF_DOCUMENT_TOKEN_TO_BE_REPLACED 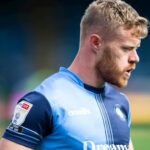 As the top flights of English football are on hiatus and Ireland’s World Cup qualifiers get underway in Belgrade this Wednesday evening, the Boys in Green and their vociferous supporters will be awaiting kick-off vs Serbia with trepidation. Stephen Kenny is currently facing something of a selection dilemma, with a myriad of players carrying injuries and forcing him to … END_OF_DOCUMENT_TOKEN_TO_BE_REPLACED