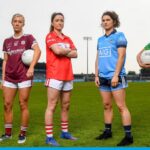 The All-Ireland Ladies Semi-Final last December was the scene of a bizarre chain of events which saw Galway ladies gaelic football team arrive onto the pitch to warm up seven minutes before the throw-in in Croke Park. Ultimately, on the day the women in maroon fell to a 2-17 to 0-13 defeat at the hands of a strong Cork side at HQ, but the events of the game have had a huge … END_OF_DOCUMENT_TOKEN_TO_BE_REPLACED 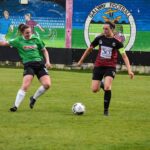 Whilst the youthful Kate Slevin converted a penalty late in the day to add a bit of drama to proceedings, it was a case of too little, too late for Galway WFC as this pre-season clash ended in defeat at the hands of Peamount United. It was a game in which Billy Clery and co would’ve learned a lot about themselves as they went up against the best in the country, and their … END_OF_DOCUMENT_TOKEN_TO_BE_REPLACED 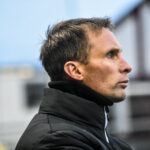 By Oisín Bradley The excitement of Galway WFC players, management and fans alike has been ramped up another gear following the release of the fixtures for the 2021 SSE Airtricity Women’s National League season. Billy Clery’s side will be looking to hit the ground running in 2021, and will have their eyes set on building on a 2020 season which showed glimpses of … END_OF_DOCUMENT_TOKEN_TO_BE_REPLACED 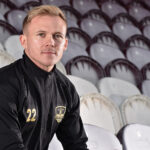 By Oisin Bradley Sports Editor Galway United have started 2021 in a similar manner to how they saw out 2020, with an influx of new faces in and around the squad for the SSE Airtricity League First Division season. In total, three new players have been added to John Caulfield’s panel in preparation for the new campaign, with the most recent man to put pen to paper being … END_OF_DOCUMENT_TOKEN_TO_BE_REPLACED 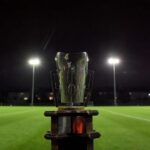 By Oisín Bradley Sports Editor A star-studded NUI Galway side produced a crowning performance as they swept to a three-point win over UCD to claim their 22nd Sigerson Cup crown and end their eleven-year drought. It was a game which will be remembered for the imperious performance of Caltra man Michael Meehan.  On the day, he made Pairc Ui Rinn his stage from corner … END_OF_DOCUMENT_TOKEN_TO_BE_REPLACED