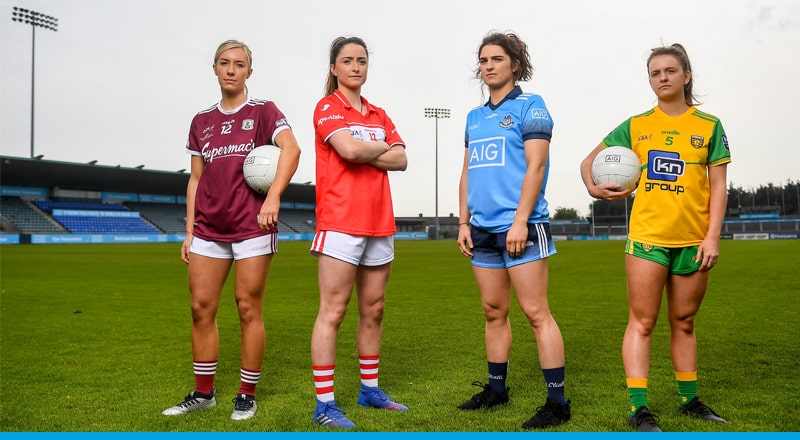 The All-Ireland Ladies Semi-Final last December was the scene of a bizarre chain of events which saw Galway ladies gaelic football team arrive onto the pitch to warm up seven minutes before the throw-in in Croke Park.

Ultimately, on the day the women in maroon fell to a 2-17 to 0-13 defeat at the hands of a strong Cork side at HQ, but the events of the game have had a huge shadow cast upon them by the events pre-match.

In the week in the build-up to the game, the fixture was subject to a change in venue from the Gaelic Grounds in Limerick to Parnell Park in Dublin in order to facilitate a Limerick men’s hurling training session.

The decision to do so was bizarre in itself, however as the Gaelic Grounds is property of the GAA and not the LGFA the organisation was forced to look elsewhere.

From then until the morning of the last-four clash, that was how the situation remained.  However, as the Galway players were en route to the capital and 90 minutes from their destination, another layer of farce was added to the story.

Due to the frozen pitch in Parnell Park, the game was relocated to Croke Park, and the throw-in time brought forward 30 minutes so as not to impact the men’s All-Ireland semi-final time.

This left Galway with a grand total of 20 minutes to throw-in as they arrived in the car park behind the Hogan Stand.  This decision is one which has sent ripples throughout the Irish sporting sphere, and asks serious questions of the LGFA top brass.

How was the decision not made earlier when it must’ve been apparent that the Parnell Park pitch would’ve clearly been unsuitable from well out?  Were any other grounds considered where the existence of another fixture wouldn’t have been a problem?  Was the welfare of the Galway players, who didn’t have any time for a sufficient warm-up and pre-match preparations after travelling the breadth of Ireland to play, considered?

Ultimately, the optics are terrible for the governing body of the sport.  However, whilst the LGFA, GAA and Camogie Associations don’t operate under the same umbrella these problems of disjointedness will continue to rear their heads.

Whilst both female organisations exist, they will unfortunately never have parity with the men’s teams in football and hurling regarding availability of facilities.  Very few LGFA or Camogie Association county boards, or clubs for that matter, have a ground they can call their own.

As someone who is involved with my local club’s ladies’ team, the players spend many Sunday mornings on a bus in the early hours on an away trip to play.  Meanwhile, the men’s club team are tucked up in bed, possibly as the ladies’ game is throwing in at some far-flung pitch.

This is a problem from the bottom to the top of the ladder; from the Junior club games on a frosty March morning to the All-Ireland semi-final on one of the biggest days of the calendar.

Too often, ladies’ games are shunted in wherever they can be.  Because it’s not their pitch, and they essentially borrow it from the GAA, the GAA have priority.

But it doesn’t have to be this way.

For many years, the notion of amalgamation of the three Gaelic Games Associations has been bandied about.  Since the debacle of the Cork-Galway game, former GAA President Liam O’Neill has been speaking to multiple media outlets on his wishes to bring all codes under the one umbrella back in 2015.  The offer extended was declined by the LGFA.

These venue issues rear their head every single week, with some of the biggest games in a club’s season not even having a venue the evening before.  Ultimately, the grounds are the GAA’s, and there is little that can be done about that in the current environment.

There are many issues within the LGFA and the Camogie Association, but those are for another day.  If they were to come into the GAA, a lot of issues would be gone.

No more being treated like second-class citizens when you’re looking for a pitch.  No more setting the alarm for seven o’clock to get up and get the bus to a match.  No more farcical scenes like Galway’s, frantically weaving their way through traffic in one of the biggest days on the calendar 30 minutes before throw-in.

The sooner the ladies’ associations come under the GAA’s umbrella the better, it’s as simple as that.

Even if only for my own sleep schedule on a Sunday morning.