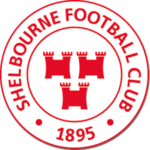 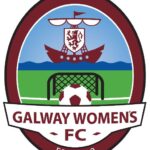 It’s been a fascinating start to the SSE Airtricity Women’s National League for Billy Clery and all at Galway WFC, and they’ll be looking to maintain their encouraging start to the campaign when they head to Tolka Park to face off against Shelbourne.

Both sides are on similar trajectories so far this season, with mostly positive results on their record since the offset of the season, and both will have aims of being near the top of the pile by the time the season meets its conclusion.

Billy Clery’s charges have proven to be excellent, bar last weekend’s 5-0 loss to Wexford Youths, on their day since the season got underway, with their attack up there amongst the most potent in the division. When looking at what has clicked so far for the Tribeswomen, there is no way you can look any further than Rachel Kearns, who may prove to be one of the shrewdest additions to any side in the league.

Kearns has decided to offer her services to the Eamonn Deacy Park outfit for the current campaign, and her prolific nature in front of goals for the Mayo gaelic footballers has translated perfectly onto the soccer pitch for Galway WFC.

She is leading the line on the goalscoring charts at the time of writing, and has shown herself to be a handful for any defence so far. The Crossmolina native terrorized the Cork City defence on the opening day of the season, constantly pressuring them and earning the hat-trick in the 3-3 draw.

In her side’s 4-1 trouncing of Treaty United last weekend, there was some consternation as she hobbled off of the pitch minutes before the full-time whistle, having already scored in the first half. That said, it seemed to be more precautionary than anything as she returned to the squad for the most recent clash with Wexford Youths.

The defence of the visitors has been relatively solid thus far in the season, however solving the enigma of keeping the totemic attacker Kearns quiet may prove to be a bridge too far.

The added dimension of Dave Bell in the Galway WFC dugout is not one which can be ignored either. Bell will have a knowledge of his opponents matched by few in the league, having been in the hot-seat in Tolka Park for back-to-back second-placed WNL finishes, as well as winning the 2019 WNL Cup.

He will know the traits and attributes of Saturday’s opposition better than anyone, and will be looking to tap into that well of knowledge to mastermind a defeat for his former side.

One of the players he did not have the opportunity to work with during his time as Shelbourne manager however is sharpshooter Saoirse Noonan. Noonan is someone who excelled for both Cork City and the Cork gaelic football team in the past, however having given up playing GAA and moving to Dublin to focus on her soccer career, there is potential for her to improve even further upon her frightening statistics from the 2020 league campaign.

Noonan netted twice in the season opener on her return to face her former side, with the first goal displaying her potency in finding the net. If the Galway WFC defence offer her anywhere near the same level of breathing room, there ball will only be going one place, given her unerring accuracy.

This game will certainly not be one devoid of entertainment, with both sides favouring an offensive philosophy and a penchant for goals. Both sides have excellent quality to compliment their key strikers, with Lynsey McKey and Ciara Grant among the standouts for Galway and Shelbourne respectfully. Home advantage may prove important for Shels as well. However, with the sheer attacking quality which the women in maroon have in their ranks, I see them just edging this clash.

It was a comprehensive victory for Shels on their home patch in their last home game of the 2020 season. Savannah McCarthy missed an early penalty to open proceedings in the fourth minute, before Pearl Slattery, Izzy Atkinson and Ciara Grant put WFC to the sword before the changeover.

The goals didn’t stop there, with Jessica Ziu and an Atkinson penalty rounding off a miserable day at the office for Saturday’s visitors.