Galway WFC’s Rachel Kearns has taken to the challenge of leading the line on the soccer pitch like a duck to water this season, and such proficiency has saw her rewarded with the SSE Airtricity Player of the Month award for April.

Kearns has been nothing short of a revelation up front for Billy Clery’s women in 2021, with an astounding eye for goal and hunger in chasing from the front earning her rave reviews so far.  There was stiff competition for the gong this month, with Aoife Horgan of Treaty United and Wexford Youths’ Ellen Molloy occupying second and third spot.

That said, it was always going to be difficult to do better than Kearns’ breathtaking record of six goals in four games. 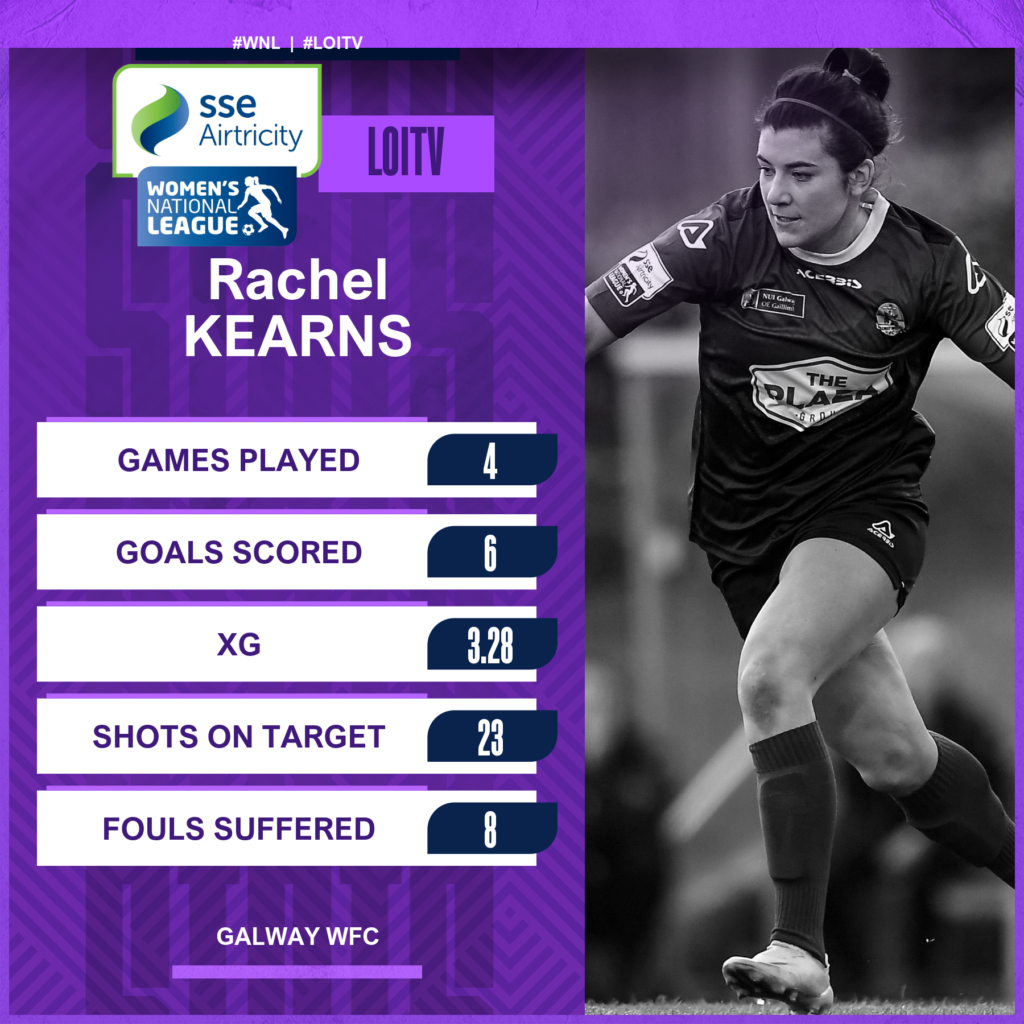 The Crossmolina native flew off the mark on Matchday One, terrorizing the Cork City defence, constantly pressuring them and earning the hat-trick in the 3-3 draw.

From there, goals against DLR Waves, Bohemians and Treaty United followed, leaving her leading the line in the race for the Golden Boot as the season gets going.

The prolific sharpshooter has had issues in recent weeks with an injury, which further highlights her talents, however there is hope that she will be back in the fold to face Shelbourne on Saturday after a break in WFC’s fixtures last weekend.