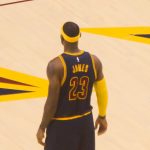 By Darragh Nolan Something is rotten in the state of Los Angeles. Head coach Luke Walton is already on the hotseat. The young supporting cast haven’t taken the step forward many expected. The Lakers are atrocious on defence. There’s no cause for concern, though. Unlike Hamlet, the King (James) isn’t dead just yet. The 2010 – 11 Miami Heat were 9–8 through 17 games, LeBron … END_OF_DOCUMENT_TOKEN_TO_BE_REPLACED 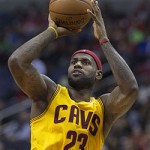 Anyone with a passing interest in sports knows who LeBron James is and will probably remember last summer, when the four time MVP decided to return home to his home state and play for the Cleveland Cavaliers. … END_OF_DOCUMENT_TOKEN_TO_BE_REPLACED