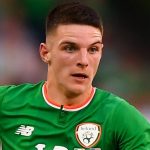 By Markus Krug In a matter of minutes, Declan Rice went from the hope of a nation to a traitor in the eyes of many Irish football fans. When he issued a statement on his social media accounts on 13 February, informing the public that he would transfer his international registration from the Republic of Ireland to England, many were stunned but even more people were outraged … END_OF_DOCUMENT_TOKEN_TO_BE_REPLACED 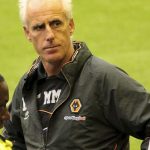 Note: This article was originally published in SIN before Declan Rice announced his decision to declare for England By Darren Casserly Love it or hate it, the granny rule has played a key role in the Irish national team set up for decades. From Ray Houghton putting the ball in the back of the English net, to dreaming of a team of Gary Breens, there have been many great … END_OF_DOCUMENT_TOKEN_TO_BE_REPLACED