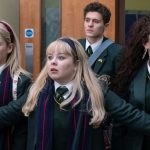 By Connell McHugh It’s difficult to imagine anybody but the current cast of Channel 4’s hit comedy Derry Girls playing all of our favourite characters, but Clare Devlin as we know her may never have seen the light of day if it wasn’t for one tweet, according to the actor who plays her, Oranmore native Nicola Coughlan. “I think I was on a bus home when I saw the Old Vic … END_OF_DOCUMENT_TOKEN_TO_BE_REPLACED 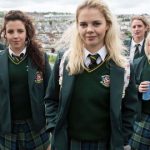 Derry Girls has taken the small screen by storm. Written and produced by Lisa McGee, a Derry native, the show has received rave reviews from viewers and critics alike. But what is it about this female-led show that is a success? There have been many tv shows and films headed by women that have fallen far short of our expectations. Most notably, the Ghostbusters remake … END_OF_DOCUMENT_TOKEN_TO_BE_REPLACED