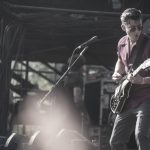 By Caileigh Ryan  “I just wanted to be one of The Strokes, now look at the mess you made me make,” sings Arctic Monkeys frontman Alex Turner as he kicks off their second night in Dublin (after a fairly impressive opening set by The Lemon Twigs).  There’s an air of disbelief among the fans in front of the stage when the lads come out. The Monkeys are here. It’s been over … END_OF_DOCUMENT_TOKEN_TO_BE_REPLACED 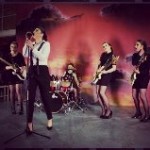 The all - girl indie group, Featuring X were gigging in Monroe’s on 10 October, bringing their talent and spark to the West. … END_OF_DOCUMENT_TOKEN_TO_BE_REPLACED