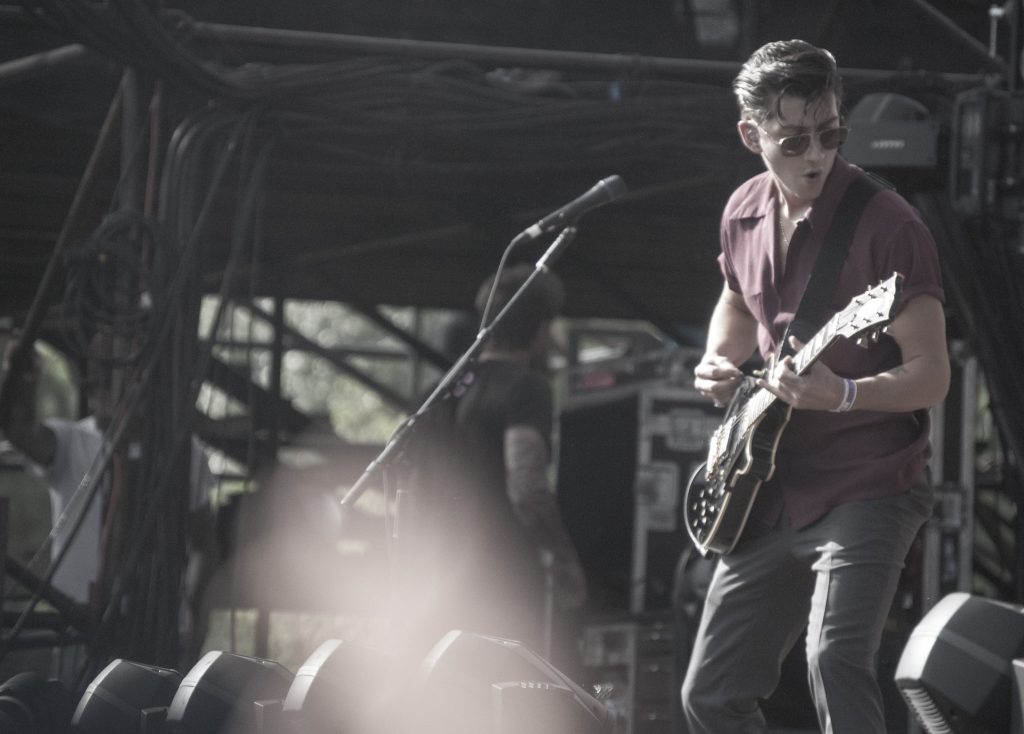 “I just wanted to be one of The Strokes, now look at the mess you made me make,” sings Arctic Monkeys frontman Alex Turner as he kicks off their second night in Dublin (after a fairly impressive opening set by The Lemon Twigs).

There’s an air of disbelief among the fans in front of the stage when the lads come out. The Monkeys are here. It’s been over four years since they last performed in Ireland. Tranquilty Base Hotel & Casino, their new album released in May, served as an appetizer for fans. It took four months for the main course to come to the 3Arena.

It’s manic but it’s beautiful. There are pints being thrown, mosh pits forming, hands waving, people shouting along to the old favourites ‘Brianstorm’ and ‘Crying Lightning’ and more recent hits like ‘Snap Out of It’ and ‘Do I Wanna Know?’. There’s hardly a phone in sight, save for when the boys sing one of their slower songs like ‘505’ or ‘The Ultracheese’, which is about the only time you can safely take your phone out of your pocket to take a blurry picture without it getting flung ten feet into the air and hitting some poor die – hard fan in the face.

Alex is in top form, playing a game of rock-paper-scissors with himself as he sings ‘Four out of Five’. The three lads play spotlessly, as always. These guys know exactly how to get a crowd going but just how to take it down a notch too. Turner serenades us during ‘Cornerstone’ and pulls out all the stops for ‘I Bet You Look Good on the Dancefloor’, during which the arena security are no match for the guy who’s hopping up and down on his mate’s shoulders, swirling around his t – shirt like a propeller.

Turner, Cook, O’Malley and Helders have perfected everything that a concert should be. They take us from the streets of Sheffield to the Tranquility Base Hotel effortlessly, convincingly and with a stage presence that’s nothing short of admirable. They’ve got their crowd wired to the moon and we’re loving it. Turner tells us “don’t sit down ‘cause I’ve moved your chair”, and two songs later, to “take it easy for a little while, come and stay with us”. I’ve never felt so many emotions in the space of two hours.

It was more than a concert. It was a show that their fans over the last 10+ years deserved. They’ve handpicked some of their classic bangers, a few sad ones from over the years and a healthy mix of their new stuff to create something other – worldly – an experience that had fans leaving the 3Arena satisfied with their stay. They polished off their set with 2013 hit ‘R U Mine?’, and as they left the stage, all everybody wanted was more.

I want to rate it four out of five for the sake of it, but hey, it deserves all five.