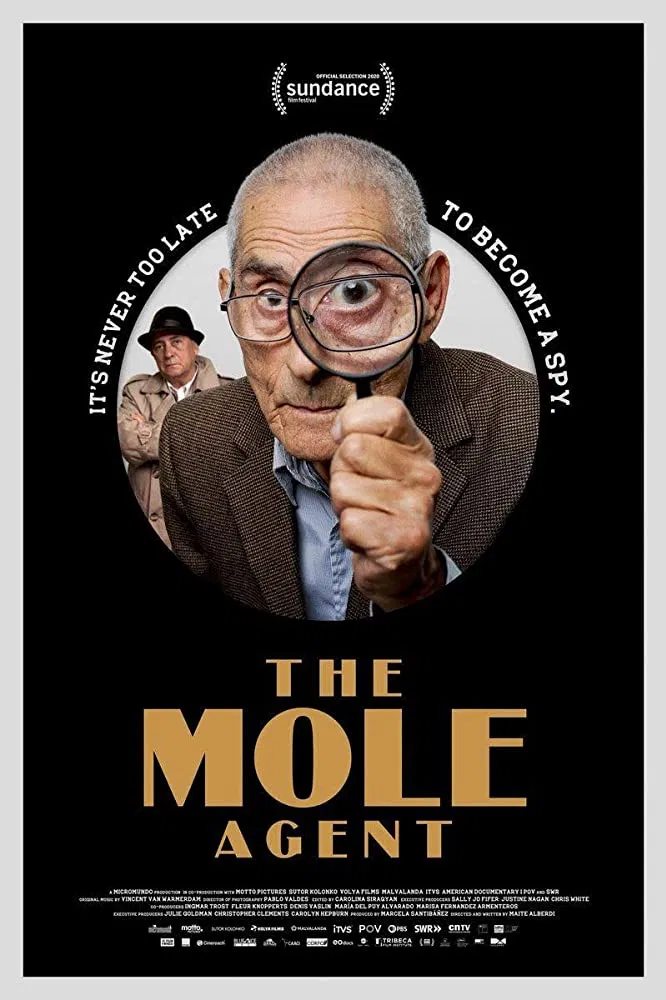 The Mole Agent is a 2020 documentary directed by Maite Alberdi. It tells the story of an 84-year-old man named Sergio who is hired by a private investigator to go undercover in a nursing home in Chile. What starts as a quirky take on hardboiled detective fiction turns into a profound meditation on isolation and loneliness.

The private investigator has been hired by the daughter of a resident in the nursing home. She believes that her mother is being abused by the staff and that they are stealing from her. In order to get to the bottom of this the detective hires Sergio to go undercover in the nursing home for three months. Sergio is recently widowed and says that wants some excitement back in his life, he needs a reason to get up in the morning, he longs for purpose.

Sergio is stylish and elegant, kind and considerate. Once he enters the nursing home, which is almost all female, the residents nickname him ‘The Gentleman’ and everyone is intrigued by this new resident.

“He seems lucid,” one of the patients remarks, giving us the impression that most people who enter this home are no longer with it, dropped off by their family who don’t want to deal with the burden of their catatonic responsibility.

This documentary gives us a glimpse into the lives of those who have been left behind by society. Sergio enters their world and brings comfort and security. We meet an elderly woman in the late stages of dementia who is trying to hold back all her fear and confusion, Sergio tells her not to hold it back and that it is okay that she is afraid, he holds her in his arms as she sobs. We encounter an Alzheimer’s patient who waits everyday for her long dead mother to come visit. We also meet a patient who falls head over heels in love with Sergio and excitedly speaks with the staff about the possibility of a wedding in the nursing home.

As the film progresses it becomes obvious this documentary is no longer about the investigation, but about what it means to be alive. How it is never too late to begin a new chapter in your life, to make new connections, to start anew.

The staff of the nursing home knew that there was a documentary being made, but they thought it was about the everyday workings of the home, they were unaware that Sergio was secretly filming and keeping a diary of all the goings on in the facility.

The film was nominated for an Oscar in the best documentary category. It really caught me off guard with the level of depth and beauty. It will tug at your heartstrings, but will also make you rethink how we treat our elderly and those who are most disenfranchised in this world. I highly recommend The Mole Agent.