With the election taking place this week, SIN spoke with this year’s Welfare and Equality candidates Cora Clarke, Erin Mac an tSaoir and Conor McWalters on what changes they feel they can bring forward to the Students’ Union and to campus life in NUI Galway if elected. 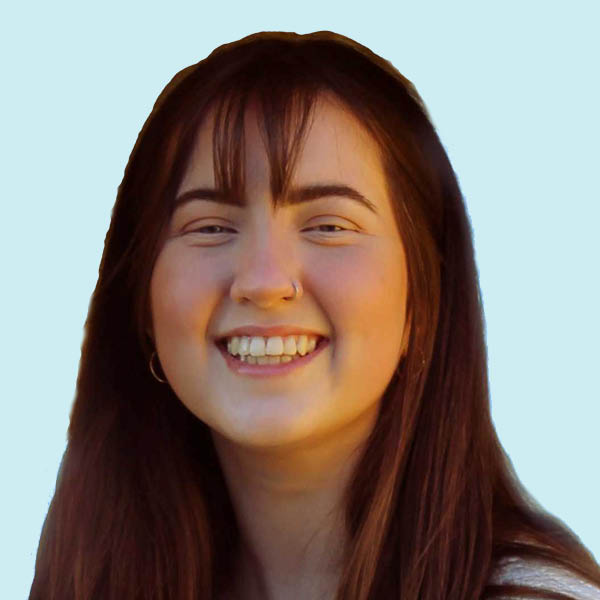 “I’m really passionate about these issues, there’s nothing else I could imagine devoting my life to because I have been that vulnerable student. I have suffered with my mental health badly, and that’s one of the things that’s made me so passionate about it on a student level. I know what it’s like and I know how hard it can be, so I feel I know where the problems are, and I feel that I can help other people now that I’m not struggling as much.

This race specifically, because your health is your wealth, both mentally and physically. It’s so difficult to do college so any help you can get is fantastic, so I’m that’s why I’m running. I’m so passionate about both welfare and equality, not one over the other. Without either, it’s just so hard in life!”

“So, the headings are mental health, finances, students with disabilities, LGBTQIA+ students, sexual health and consent, Gaeilge, the environment, diversity and inclusion, Erasmus placements, dropping out and the transition back to campus.

One of the things I’m big on is mental health through my own experiences and the people that I know, so I’ll focus on that.

The next thing is wellness and I want to target student burnout because that’s such a huge issue. You hear about it so much and especially since lockdown. A lot of people need to focus on taking care of themselves and taking their wellbeing seriously.

In mental illness support, delayed diagnosis is such a huge issue in both adults and women in ASD, ADHD and ADD than what is in medical textbooks. So, a lot of people’s chance to get that healthcare may be through the Student Health Unit and it’s important that we have comprehensive training for people for in the Student Health Unit so that people can get diagnoses and get help for a variety of different disorders they might not heard about.

So, the last bit is Drugs and Alcohol. The rates of alcohol and drug abuse among students is very high, and the information from sources like CAMHS (Child and Adolescent Mental Health Services) can be biased. So, people discard it completely which is fair as it’s not productive to staying safe around drugs and alcohol and we need proper non-judgmental education on this.

It will reduce harm significantly and I know a lot of people are like “Don’t do drugs if you don’t want harm done!” which is a ridiculous take on the issue.

I also want to introduce free quality drug testing kits like what they have at music festivals available from the SU for students. I feel like this will get some backlash, but if it could save a life, how could we possibly not be doing it?”

“I have really strong views on mental health, and I am both for welfare and equality. You can’t have anything without them.  I have such an interest in this area. If I don’t win, I will run again as I know I can help people if given the chance. I know what it’s like and I can relate to the many struggles of students and I would hope people could relate to me. As far as being a welfare officer, I feel that I’m approachable and I have a responsibility to help students.” 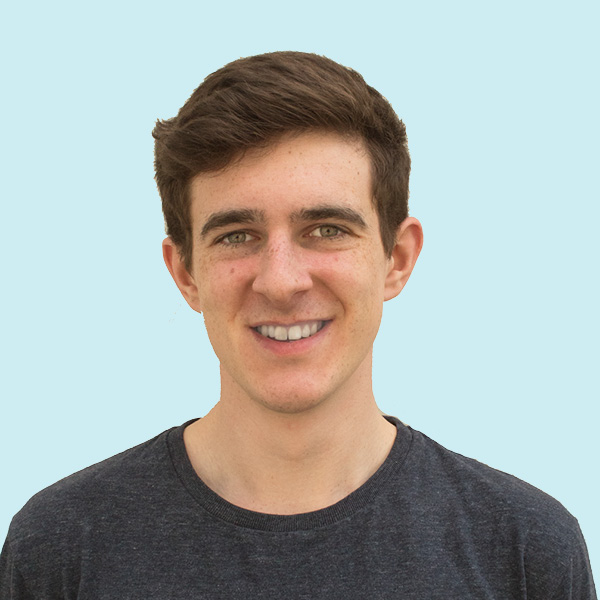 “I’ve been with the SU Executive for three years, and ever since then I joined, I’ve been passionate about working at the grassroots level. So, I thought I’m in final year now, I have all this experience and it would be a shame to put it to waste.

So, I thought I’d throw my name in as it just made sense to put all of my experience to good use and to try into empowering the community from the ground up and trying to fight for what their needs are, especially with all of this coronavirus going on and seeing how higher-level education was affected during the last crash.

“I decided that I would focus on three main issues that would be no longer than a year as I didn’t want to be too over ambitious, so I focused on the three areas of mental and physical health, cost and increasing diverse representation.

In mental health, I’d like to include something like the Mental Health Mondays I took part in a few years back. I’d like to also focus on different areas of the college community and show that mental health can affect different people in different ways like loneliness, isolation, the LGBT community with particular attention to trans mental health, bereavement, drugs and alcohol awareness, toxic masculinity and women in male-dominated industries and how that affects mental health.

In terms of long-term goals, I’d like to increase availability for the counselling service to make it accessible for people who don’t live in Galway or who may have transport issues and increased funding for the counselling unit as well as LGBT+ and disability awareness for counselling and provide counselling for survivors of sexual assault.

For physical health, I’d love to have weekly exercise events either done on Zoom or in person like yoga or Zumba. I’d like to work with the Clubs’ Captain next year to focus on women in sport, and self-defense classes for students. There’s a lot of talk about student safety these days so we should be empowering students to feel that they can walk around safely, especially women in NUIG. I’d also like to focus on period poverty and making a SU Charity Period Poverty Fund so that we can empower the community.

So, cost would be focusing on fees and international fees as we have the highest fees in Europe now, and international students are being used as cash cows for the university. I’d also like to lobby the university for not-for-profit repeat fees and produce a report of living standards of students in NUI Galway, so we can give a great snapshot of students and where they are now in the pandemic so that it can be used as a tool in future years for the USI.”

“Out of everyone running at the moment, I’m the one with the most experience. I’ve been on the Union since my second year of college and I’ve had plenty of experience before that in-community activism and empowering the community from the ground up such as Comhairle na nÓg, where I advocated for Jigsaw.  I also took part in the Youth Advisory Panel for Dublin City, so I had years of experience in activism before coming to college.

Through studying Irish and Sociology, I’ve gotten a clear understanding of the community power. All these Irish language skills didn’t come out of the sky and the Government didn’t provide them, it was the community empowering themselves and make these changes. I want to increase diversity of opinion in the union so that we can become stronger in the community and a more unified voice.” 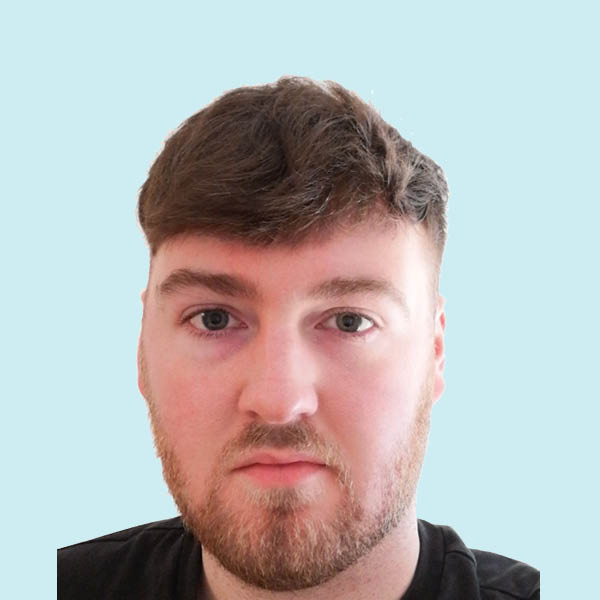 “I’m running because I want to represent all students and because I feel like there’s great enthusiasm for change in a different direction people I’m talking to even in societies and clubs and part time officers are keen to see a fresh voice and a fresh perspective from the outside.

“I just thought it was something there could be change made to, I thought that there was a need for a fresh voice.  I have different ideas and different perspectives, and specifically for welfare and equality, there needs to be a broadening of the agenda.

I think we need to focus on students in all societies and give a fair hearing to everyone. I feel it’s time for a change in direction. I’ve seen how hard things can be for students and I think that this position specifically is the one that I can help students out the most and make a positive impact for them.”

“My manifesto is not broad or political, it’s about students and I don’t want to make promises I don’t think I can keep because I want to be realistic because it’s the Student’s Union, not the Dáil and I want to make progressive and realistic changes.

Things like stronger supports like those who are on placement, a bit more help and guidance. I’ve spoken to some healthcare students and listening about the mental strain that can bring, so a bit more support in that regard.

I’d like to get rid of the repeat fees, which people might think falls into education, but I think that welfare is about making student life easier for all students. Particularly for student nurses, as they have been on the frontlines and have worked for the country during this pandemic. Abolishing all fees might be difficult, but I think it could be done as a thank you to the nurses and their families for getting the country through this difficult time. I’d also like to include a pledge for everyone to have a change to speak up in relation to the societies, as I think that there are some societies that aren’t being listened to. I want to remove politics from the Students’ Union. We’re student representatives, not politicians.”

“I’m someone who represents change in a different direction that is required at the minute. I want to make real and progressive ideas and changes that can be brought forward for the better. I don’t have connections on the inside, I don’t know a lot of people involved and I don’t have anyone to keep happy. For me it would be about students first and not about cliques and keeping people happy on the inside.

I think I’m the best candidate because as somebody who has had the perspective of being on the outside and the majority of students in NUIG are from the outside of the Students’ Union, there’s 20,000 students…and only like 2,000 of them vote anyway. I feel like some people don’t have that outside perspective I’ve never even voted before, none of my friends have voted before lots of people I’m talking to haven’t voted. This year’s going to be different and I think that now is the time for people to stand up and make an impact.