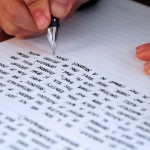 Sin Poetry Competition   Calling all poets on campus - SIN needs you! It's time for the annual SIN poetry Competition. This year's judge is the Galway-based poet and writer, Fred Johnston. A founder of Cúirt literature festival and the Forge Festival at Gort, which takes place next month. Fred Johnston also runs Galway's Western Writer's Centre. His latest volume … END_OF_DOCUMENT_TOKEN_TO_BE_REPLACED 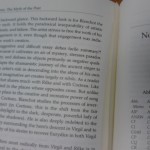 I was reminded of February 2013 during a late day in February 2014. Back then I was researching in the James Hardiman Library for a paper I chose to compose on the writer André Gide. I was being a silly creative writing first-year who worked on a subject that was a little outside of his grasp, but I endeavoured to get a B or B+ grade. It was not an A+ for sure. There had … END_OF_DOCUMENT_TOKEN_TO_BE_REPLACED 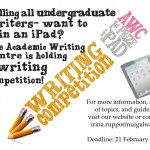 The deadline for the Academic Writing Centre’s competition for academic writing is fast approaching. The prize is an Apple iPad2. So, it’s time to get writing. The AWC aims to facilitate students in writing better essays. Their core service is one-on-one help with academic writing which is staffed by tutors who are currently pursuing postgraduate degrees in NUI Galway. The … END_OF_DOCUMENT_TOKEN_TO_BE_REPLACED