By Daniel Brennan  A recent edition of RTÉ’s flagship current affairs programme, Prime Time, featured a debate about transgender issues where for the sake of “balance”, the comedy television writer Graham Linehan of Father Ted and The IT Crowd fame, was invited onto the show following the writer’s recent history of being openly anti-trans on Twitter and other sites over the … END_OF_DOCUMENT_TOKEN_TO_BE_REPLACED 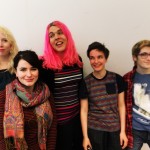 It’s 12.40pm on Friday afternoon, and my editor Jess and I are brisk-walking into college from the Blackbox theatre car park after failing to find a spot amidst the university open day rush. … END_OF_DOCUMENT_TOKEN_TO_BE_REPLACED 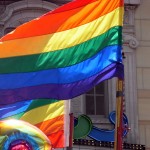 GiGSoc [Gay in Galway Society] is delighted to host its second annual Rainbow Week, running from Monday 3 – Saturday 8 February. The week will consist of numerous events to promote LGBTQA presence on campus, culminating in our pinnacle event, NUI Galway’s first ever Rainbow Ball. Rainbow Week strives to express and celebrate the diversity of people who identify as LGBTQA … END_OF_DOCUMENT_TOKEN_TO_BE_REPLACED