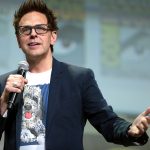 By Daniel Brennan The idea of “cancelling” celebrities for holding certain opinions, or after finding out something awful they did in their past, has been about for the past few years now. This has only expanded via internet culture jumping on anything and everything as soon as it can. Switching from one controversy to another, as the never-ending news cycle continues on and … END_OF_DOCUMENT_TOKEN_TO_BE_REPLACED 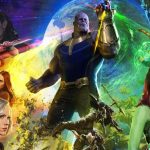 By Áine Kenny While we all eagerly wait for Avengers: Endgame to land on our cinema screens in April, I can’t help wonder why we are so fascinated and partial to superheroes nowadays. Comic books have been part of the mass media since the 1930’s, but the main urban legend who was a predecessor to the superheroes was Spring-Heeled Jack, the Victorian’s version of Slenderman. … END_OF_DOCUMENT_TOKEN_TO_BE_REPLACED 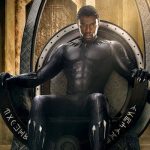 Marvel’s highly anticipated Black Panther, the first from its universe to hit our screens this year, gave many critics and cinema goers plenty to discuss. Directed and co-written by Ryan Coogler, it presented the first black protagonist in this Marvel’s universe film collection. Although Black Panther’s character has been around since the mid 1960s, audiences flocked to its … END_OF_DOCUMENT_TOKEN_TO_BE_REPLACED