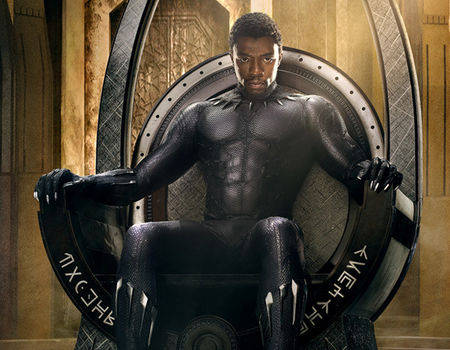 Marvel’s highly anticipated Black Panther, the first from its universe to hit our screens this year, gave many critics and cinema goers plenty to discuss.

Directed and co-written by Ryan Coogler, it presented the first black protagonist in this Marvel’s universe film collection. Although Black Panther’s character has been around since the mid 1960s, audiences flocked to its weekend debut to see this Panther in action,  making “social history” according to film critics.

Foreseen to be a groundbreaking and revolutionary film for its cinematic diversity and delivery, it’s no surprise its weekend box office debut broke records, even surpassing fellow Marvel characters like the infamous Deadpool in 2016. From this, the energy surrounding this character and film began to rise and rise. But, did it meet these extraordinary expectations? Sort of.

This action packed sci-fi film tells the story of T’Challa also known as Black Panther (Chadwick Boseman) following the death of his father after Captain America: Civil War. T’Challa must return to the hidden and scientifically advanced nation of Wakanda and take his place as king. Running the risk of being exposed to the world, T’Challa faces both internal and external threats in his role as ruler and protector.

The film itself gave everything a solid action and superhero movie should. The casting was exceptional with strong male and female roles that gelled well together on screen. The setting and context was different from other marvel superhero films seen since 2008 and that should be welcomed.

This film brought you away from the usual busy city streets and dingy alleyways of the mainstream superhero hide- outs and brought colour, sound and culture. Although occasionally the CGI got a little Sims-ish, overall the setting was interesting and unique but not spectacular and in no way perfect.

The dialogue was again, well structured and expressive, everything a fine film should have. While admittedly some of the speech may have been slightly cringeworthy and a case of “you’ll only get it if you were on the internet three years ago”, all in all it qualified as a good superhero origins script.

The general plot was nothing ground breaking but relatively entertaining, which is what you want out of any superhero/action movie. With the success of the previous Marvel made films and their ability to appeal to the emotions of a character and audience fittingly, Black Panther is no exception. It gives an honest portrayal into the inner unrest and fears of the new king and his concerns over his nation Wakanda.

Black Panther is a solid action sci-fi flick. Good cast and a coherent script. It gives the audience something different from the usual Marvel universe movies and for that it will be remembered. Its entertainment value was there and it is definitely a worthwhile film to watch but cinematically it was nothing breathtaking. However, for its diverse set of actors and Marvel’s first on screen black protagonist, it is a milestone for many people and audiences. With that in mind, Black Panther and further diverse characters are sure to make more regular appearances in this universe from now on.