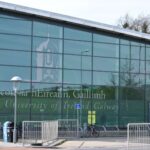 University Management Team claim funding cuts are inevitable if referendum passes “It’s worrying that they are talking about opportunity costs and not the welfare of students”- Toomey calls for Students to back proposed levy reform .  A notice of referendum has been put forward by the NUI Galway Students’ Union aimed at reforming the student levy. The announcement was … END_OF_DOCUMENT_TOKEN_TO_BE_REPLACED