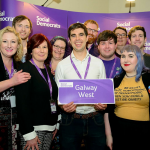 Founded by three sitting TDs in July 2015, the Social Democrats had high hopes of a breakthrough in the last general election especially since one of those TDs, Stephen Donnelly, made a splash with his performance in the television debate featuring all seven party leaders in the Dáil. But the party came back with no more than the same three TDs who went into the election. … END_OF_DOCUMENT_TOKEN_TO_BE_REPLACED 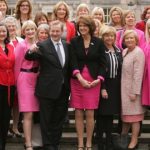 According to data published by the World Bank, Ireland has fewer women represented in government than Sudan, Mozambique and Rwanda. Female representation in the Dail stands at a paltry 27%, despite women making up half of the population. On the face of it, there seems to be some insidious patriarchal conspiracy afoot, depriving roughly half of female politicians their right … END_OF_DOCUMENT_TOKEN_TO_BE_REPLACED