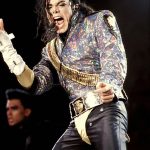 By Georgia Ryan The controversial new Michael Jackson documentary Leaving Neverland recently premiered at the Sundance Film Festival. The film’s focus is said to be a fresh investigation into the contentious sexual assault claims on children made about Jackson. The alleged victims in question are Wade Robson and James Safechuck. Back in 2016, choreographer to the stars … END_OF_DOCUMENT_TOKEN_TO_BE_REPLACED