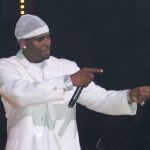 By Daniel Brennan Following a recent documentary series called Surviving R Kelly, where multiple survivors of sexual assault at the hands of the famous RnB star spoke out against him publicly, and the #MuteRKelly hashtag went viral once again on social media following the show, a question that has been asked several times over the past few years has gained prevalence once … END_OF_DOCUMENT_TOKEN_TO_BE_REPLACED