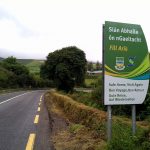 By Áine Kenny and Quinton Beck NUI Galway has launched a survey to gather the views of the public on the proposed Irish Language Plan for Galway City 2019-2026. The research is being conducted on behalf of Galway City Council and Gaillimh le Gaeilge as part of the preparation of an Irish language plan for the City. Last year, Dr John Walsh of the Department of Irish … END_OF_DOCUMENT_TOKEN_TO_BE_REPLACED 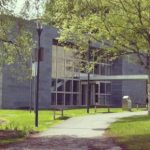 By Tarryn McGuire   Fíos Físe, an exciting partnership between NUI Galway and RTÉ, is a new Irish language audience research initiative that will examine the reach, listening habits and satisfaction levels of Irish speakers here in Ireland, with regard to RTÉ Raidió na Gaeltachta.   It has been confirmed that Acadamh na hOllscolaíochta Gaeilge will be running the … END_OF_DOCUMENT_TOKEN_TO_BE_REPLACED