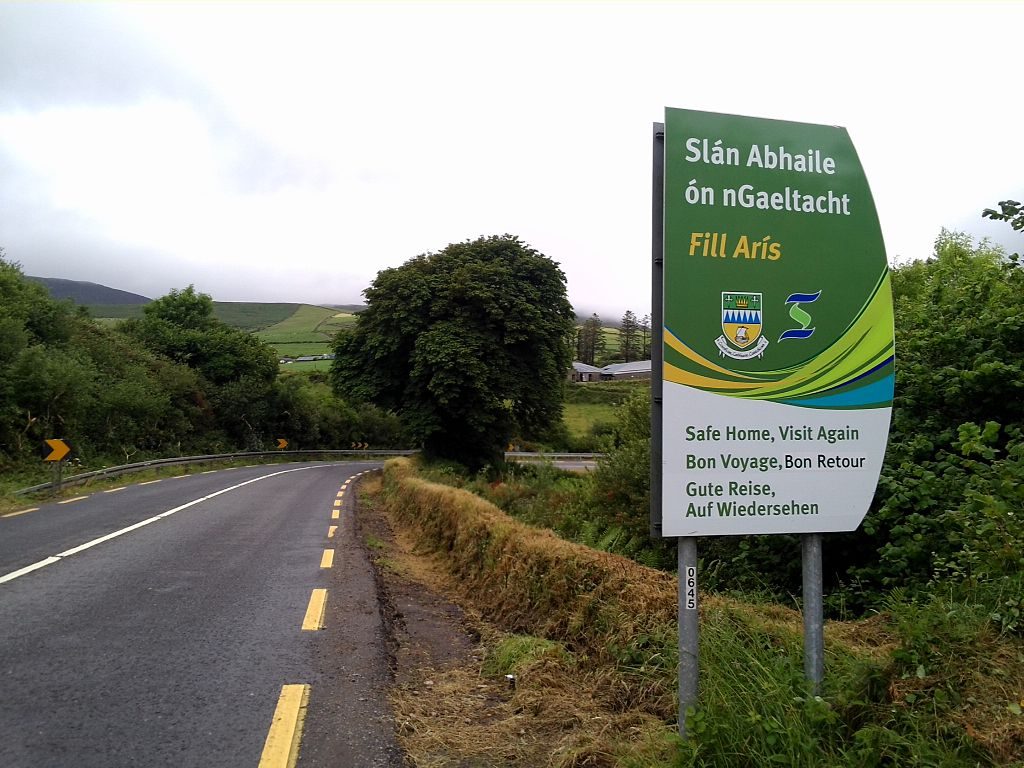 By Áine Kenny and Quinton Beck

NUI Galway has launched a survey to gather the views of the public on the proposed Irish Language Plan for Galway City 2019-2026.

The research is being conducted on behalf of Galway City Council and Gaillimh le Gaeilge as part of the preparation of an Irish language plan for the City.

Dr John Walsh and Dr Dorothy Ní Uigín released a statement saying: “We are delighted to launch this online survey as part of our research into the views of those living in Galway towards the Irish language.”

“We are also conducting interviews and focus groups with a broad range of people including Irish speakers and those who are interested in becoming more active in their use of the language.”

The survey is available at http://www.nuigalway.ie/gaeilgebheo/ and will be open until Friday 12 April 2019.

SIN spoke to NUI Galway’s Established Professor of Modern Irish, Tadhg Ó hIfearnáin. He says that Irish is always a topic of discussion within the education system, particularly with regards to exemptions.

Currently, to get into NUI Galway (and the other National Universities of Ireland), students are required to have at least an ordinary level pass in Irish unless the student has secured an exemption.

“In national surveys, support of Irish is actually very high. I suppose the attempts to change the education system, and to make Irish a non-compulsory subject, come down to the status of Irish in Ireland.”

“I believe there are cases for exemptions, but more needs to be done to help students achieve the learning aims of the course. Learning languages can actually help people with learning disabilities.”

“There is a system for getting an exemption in Irish. There is an ideology that Irish is a ‘extra’ thing, an additional subject.”

“However, this is not the case in our Constitution. Irish is given more importance than English.”

The Professor also added that Irish would be a very beneficial language to have with regards to seeking employment, especially in the European Union. There are many jobs in translation services as Irish is a working language of the EU.

SIN also asked students at a Ciorcal Comhrá their thoughts on the status of Irish within the University.

Niamh Nic Amhlaoibh said, “I love Irish but I recognize that it’s not for everyone. I feel bad for students with special educational needs who struggle with a subject they will likely never use. I agree it should be needed here [as an entry requirement], but I don’t agree with the leaving cert system we have now. I think that’s why people have such difficulty with it being required.”

“The fact that you’ve asked me to answer in English says it all. We call ourselves welcoming, open-minded, compassionate as a nation ad nauseam, and yet we can’t seem to support that which is truly our own,” said Róisín Nic Aodhgáin.

“Being from the North, I can’t speak from experience, but I know that when given the choice to learn the language people tend to be much more passionate about her. I believe in Irish being compulsory, but I think the subject needs to be reformed in some way,” Caitlín Ní Chatháin added.

Aimée Ní Churaigh agreed the subject needs to be compulsory. “Personally, as a Gaeilgeoir, I appreciate that I was made to do the subject in school. As my family has no Irish, I would not have had the chance to learn it otherwise.”

Néamhann Ní Dhonnghaile commented on Irish as a subject within NUI Galway. “I don’t think you should have to pass Irish to study it in first year. Irish should be open for anyone who wants to learn it.”

“First year Irish is very practical and basic and you do not necessarily have to be capable of passing a writing exam in leaving cert to study here. Some people have better speaking skills in Irish and are not as confident writing. Therefore, they are not graded well in the overall exam.”