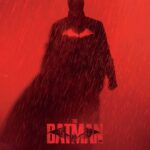 Another Batman film? You must be joking. This reviewer has it on good authority that this is the seventeenth Batman film, including one involving Lego apparently. How far can you stretch the story of an orphaned multi-millionaire who fights crime? Maybe if Bruce Wayne invested his fortune in social programs, this franchise would’ve been done long ago. The trick with The … END_OF_DOCUMENT_TOKEN_TO_BE_REPLACED 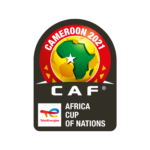 The 2021 African Cup of Nations (January to February of 2022) marked a new chapter in the story of the beautiful game in the world’s second largest continent. The most recent edition of the biennial footballing feast served up some wonderful moments and showcased some of the world’s best players. The tournament was available to viewers in 150 countries all over the globe and … END_OF_DOCUMENT_TOKEN_TO_BE_REPLACED 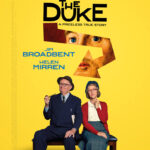 Sometimes it feels like the common man doesn’t get a fair crack of the whip. However true that might be these days, it was most definitely the case in the 1960s when Newcastle native Kempton Bunton confessed to stealing Francisco Goya’s Portrait of the Duke of Wellington from the National Gallery in London. Bunton’s story is one of the underdog variety and is excellently … END_OF_DOCUMENT_TOKEN_TO_BE_REPLACED 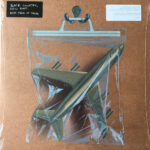 On February 4 of this year, English post-rock ensemble Black Country, New Road (BCNR) released their sophomore album Ants From Up There. Four days earlier, lead singer Isaac Wood announced his departure from the band, citing mental health issues. Wood released a statement, “Hello everyone, I have bad news which is that I have been feeling sad and afraid too. And I have tried to … END_OF_DOCUMENT_TOKEN_TO_BE_REPLACED

Former Cork captain Kieran Murphy once claimed that captaining Limerick IT to Fitzgibbon success in 2007 was up there with his finest hurling achievements. I think this is a big statement from a man who won two Liam McCarthys with the Rebels and four county titles with Sarsfields. That 2007 Limerick IT team contained a plethora of inter-county stars. In addition to Murphy’s … END_OF_DOCUMENT_TOKEN_TO_BE_REPLACED