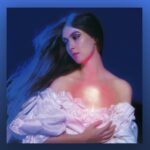 2022 was a big year for music. There was the return of many artists who had been quiet since before the pandemic, such as Mitski, Arctic Monkeys, and Kendrick Lamar. Even Kate Bush made a comeback with ‘Running Up That Hill (A Deal With God)’, despite its initial release being 1985. Along with Bush there were many pop hits this year with Taylor Swift’s Midnights and Harry … END_OF_DOCUMENT_TOKEN_TO_BE_REPLACED 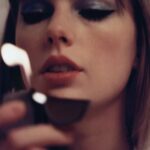 6/10. Swift proves change is not always an improvement on her 10th album Artwork via Universal Music “A concept record” is how Swift refers to her newest original album. It is a collection of 13 sleepless nights throughout Swift’s life. With this, Midnights lightly hops across different sounds, but is all held together by an overarching moody, stylish feel. With Jack … END_OF_DOCUMENT_TOKEN_TO_BE_REPLACED