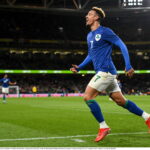 12 October 2021; Callum Robinson of Republic of Ireland celebrates after scoring his side's third goal during the international friendly match between Republic of Ireland and Qatar at Aviva Stadium in Dublin. Photo by Eóin Noonan/Sportsfile Despite vaccine uptake being largely successful across the world, vaccine progress has been somewhat stalled among high level … END_OF_DOCUMENT_TOKEN_TO_BE_REPLACED

The recent treatment of the Connacht women’s team has shown how women continue to be disrespected in sport. On September 11, Connacht took on Leinster in the final round of the inter-pro series at Energia Park in Donnybrook. Prior to their inter-pro series game against Leinster, the Connacht team were forced to change in disgraceful conditions outside beside rats. Due to … END_OF_DOCUMENT_TOKEN_TO_BE_REPLACED 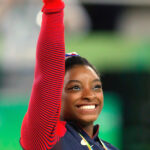 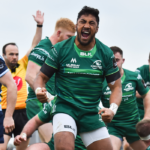 After long consideration and many changes to the format of the competition, the PRO14 Rainbow Cup gets underway this weekend. This competition was originally planned to be a first glimpse for fans to see South African opposition against European sides ahead of the Lions tour in the summer and the PRO16 next season. However, due to safety concerns, inter-continental games will … END_OF_DOCUMENT_TOKEN_TO_BE_REPLACED

Ireland ended a mixed Six Nations campaign with a dominant 32-18 win over England, with many describing the performance as the best under Andy Farrell. Two brilliant tries from Keith Earls and Jack Conan showed just what this team was capable of, despite the struggles that the team endured early in the campaign with two defeats in a row against Wales and from this France. The … END_OF_DOCUMENT_TOKEN_TO_BE_REPLACED