Rome wasn’t built in a day, and this Irish side won’t be either. It has been slow going for the national team so far under Stephen Kenny. No win in the first 11 games, with losses to the likes of Finland and Luxemburg, it could not have started out worse for Stephen Kenny. However, there was a turning point with the narrow defeat to Portugal where Ireland lead for the entire … END_OF_DOCUMENT_TOKEN_TO_BE_REPLACED

The build up to the league was dominated by the return of Henry Shefflin to inter-county hurling but this time at the helm of a Galway side looking for some direction. In the end for Galway, it was a very up and down league campaign with great victories over the likes of Limerick and Clare mixed with crushing defeats to Wexford and Cork. This can partly be attributed to the … END_OF_DOCUMENT_TOKEN_TO_BE_REPLACED 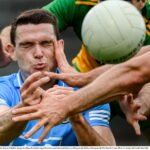 12 June 2021; Brian Fenton of Dublin during the Allianz Football League Division 1 semi-final match between Donegal and Dublin at Kingspan Breffni Park in Cavan. Photo by Stephen McCarthy/Sportsfile The Dublin team of the 2010s dominated the football championship like no other. 8 All-Irelands won in a decade, including 6 in a row. It is astounding that they went from this … END_OF_DOCUMENT_TOKEN_TO_BE_REPLACED 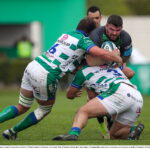 2 April 2022; Sammy Arnold of Connacht is tackled by Michele Lamaro of Benetton and Nahuel Tetaz of Benetton during the United Rugby Championship match between Benetton and Connacht at Stadio di Monigo in Treviso, Italy. Photo by Roberto Bregani/Sportsfile Connacht have always been to some extent the forgotten little brother of the Irish provinces. They nearly went bust in … END_OF_DOCUMENT_TOKEN_TO_BE_REPLACED 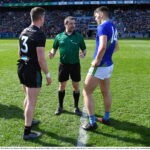 3 April 2022; Referee Noel Mooney with Stephen Coen of Mayo and David Clifford of Kerry during the Allianz Football League Division 1 Final match between Kerry and Mayo at Croke Park in Dublin. Photo by Eóin Noonan/Sportsfile For the first time in far too long it does not feel like the football championship revolves solely around Dublin. With the decline of the once great … END_OF_DOCUMENT_TOKEN_TO_BE_REPLACED