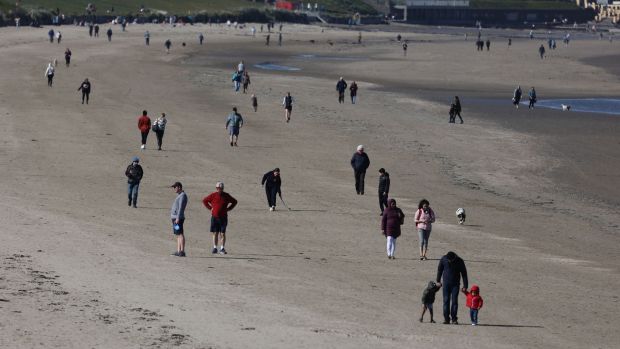 It has been a year to forget for most people in the pandemic with very little lockdown measures lifted in that time. Now that there is an end in sight with vaccination numbers beginning to climb you can’t help but wonder, will this summer be different?

The government hopes to have 80 percent of vaccinated by June and while the government is not something that you can blindly trust, the ramp up in vaccinations is something of an indication. It really has come at the right time particularly for college students, who for the most part have been forgotten about this year and left to try and work from home which isn’t great in the best circumstances never mind what most college students are living in. It’s been a lonely year with very little benefits and the last few months have definitely been the worst with us passing a year in lockdown and doing so through the coldest and darkest part of the year has been near unbearable but the sun has come out a bit and so have the people and it can only get better from here.

It has unfortunately been confirmed that foreign holidays have been taken off the table this year, but that doesn’t mean you can’t have a great holiday in this country. It’s something that I feel most people agree with, reports that holiday homes in Connemara have been fully booked for June and July, there are plenty of places around the country that make for a great holiday. Whether it be a weekend stay in Dublin or a week in a holiday home in Wexford.

The phased reopening plan is also something that I will be keeping an eye out not just for barbers and hairdressers even though that would be at the top of most people’s lists after more than four months of home cuts and everyone knows those are two completely different things. The other thing that is on the top of most people’s lists would obviously be pubs and with the price of cheap alcohol going up it doesn’t feel that much cheaper to drink at home these days and it’s a far worse experience.

There are an endless list of reasons why people want this to be over, from bad hair to missing friends the only thing in common is that everyone just wants this to be over. Better weather brings better moods and no matter how your year in the pandemic has been this summer definitely looks like it will be the first bit of normality that we’ve had in a long time.