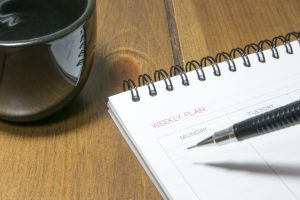 Hey all. It’s my final Final Year Diary of a what can only be described as a bizarre academic year. Final exams and assignments are on the horizon, vaccines are imminent, and the sun is shining. Freedom is near. It’s been an absolute pleasure to share my thoughts with you this year and I hope you enjoyed it too. From my point of view, it was a nice distraction from Final Year stress.

Although this is the final year of my undergrad, it’s not my final year at NUIG as I’m doing the PME Masters in September so, who knows? I could be back writing here again. They might have a postgrad column or something.

At the time of writing, it’s Saoirse’s 21st in a couple of days so I’ve also been distracted trying to think of presents and something to do for the day. It’s incredibly hard to think of something special when you can’t travel abroad for a weekend or something. I’d tell you what I eventually got her but, as she’s the sub-editor, it would spoil the surprise. Anyway, we’ll make the most of it, lockdown or no lockdown.

Speaking of which, the government might announce a roadmap for the re-opening of the country this week. I am not joking when I tell you this, I am dying for a haircut. My hair doesn’t even grow down, it grows out, so it just looks unmanageable. Drastic measures might have to be taken. We might get to have a few pints in a beer garden if we’re very good, according to Micheál. I feel like once a large number of us are vaccinated, a lot of the lockdown tension will ease as cases begin to drop. People will be in better form when they do eventually get their pints and their haircuts.

By the time this is published it will be over and done with, but I’ve taken to watching the World Snooker Championship in the background while I study. I find it so cathartic. Ronnie’s been knocked out so I only assume Judd Trump will get it done. Such an underrated form of entertainment. I used to watch an unhealthy amount of snooker as a child so there’s also that nostalgia factor.

Back to the matter at hand, if you had told me this time last year that we would’ve have spent the next year of college completely online, I wouldn’t have believed you. I genuinely thought we’d be back on campus before summer exams. I’ll be honest, I found online learning extremely tough. I just don’t feel engaged because I can’t really learn anything this way. All the signs point to college next year being on campus is some form, so we have to stay positive.

Anyway, like I said, It’s been an absolute pleasure doing this column for the last year. I hope to see you on campus in September. Good look with final exams and assignments and enjoy the summer as much as ye can.