Hello, my fellow make-up lovers, how are we doing with our decluttering and project panning? Beauty bag reviews are my way of staying motivated and motivating you guys to cut your make-up waste as much as possible and save money while doing so. Project panning has helped me realise I do not need fifty mascaras and concealers to have a functioning make-up collection. Nowadays make-up is quite expensive and repetitive. We often fall into the trap of believing that just because our favourite influencer promoted a product or came out with a product, we must instantly buy it. My project pan story started in 2019 when I realized I had a lot of make-up I did not use or didn’t have time to use because I was too busy constantly switching from palette to palette and product to product. Now almost two years later I feel like a new woman, I get the most out of my make-up products and I really get a chance to play around and to get a feel for it too.

Today’s beauty bag review is going to be a long one because I decided to declutter products just as Spring is blooming and I have had a chance to play with my current products since January. I would suggest you guys have a bag filled with make-up products you want to use up in your project pan that way you can give one last goodbye to products you have loved in the past and come to love.

Let’s start off with what products I purged this month and why:

I really loved and enjoyed this concealer; my only complaint would be that there is not a huge amount of product. I used this up within less than two months so if you’re a concealer lover like me, beware that this won’t last you long. Otherwise, great product and I would recommend. 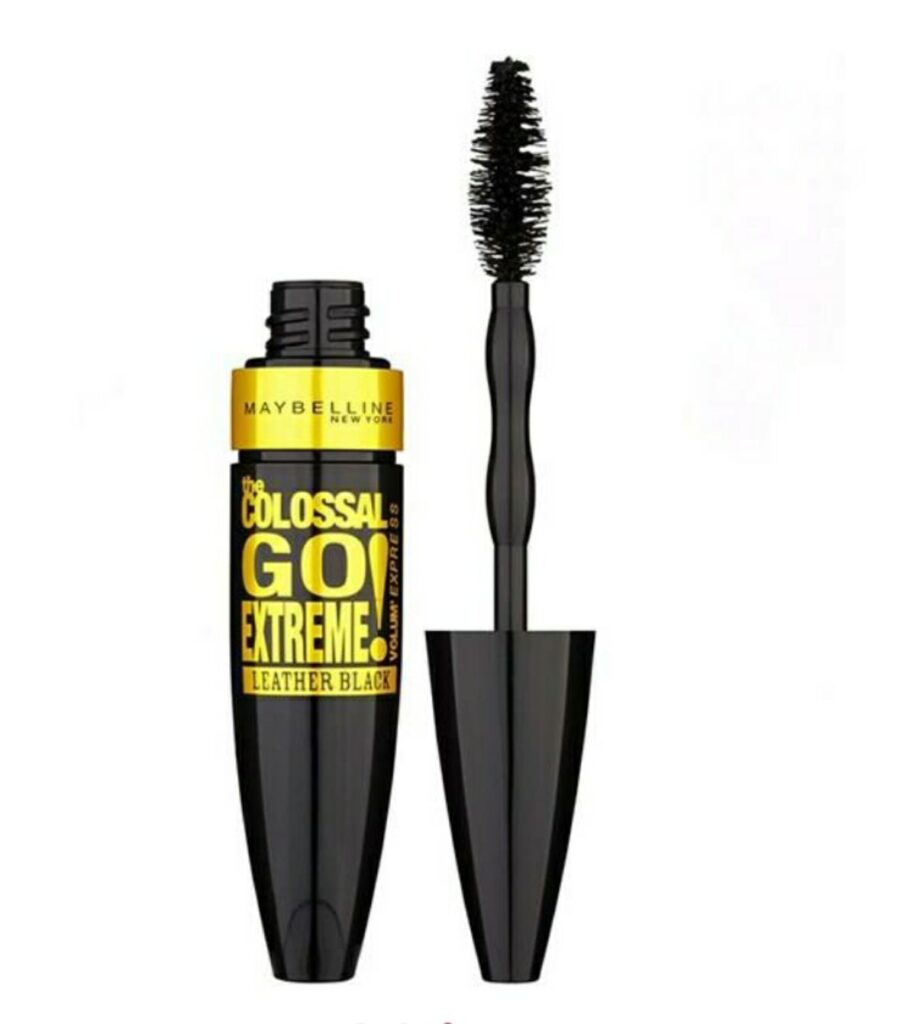 This mascara was just as disappointing as the Maybelline lash sensation. Very large and uncomfortable wand. Very little volumizing going on. I hated these two mascaras and I am happy to purge them from my collection. I must admit Lash sensation still had some life left in it, but I just could not go on looking like a 2012 version of myself.

This eyeshadow was not the worst but definitely not the best. Very low on pigment and the shades are not amazing. Would I recommend this? No. It isn’t expensive but it’s not worth the money, it may look like a great nude palette but there are other cheap nude palettes that would work a lot better. The darkest shade in the palette barely shows and the rest are just icky. 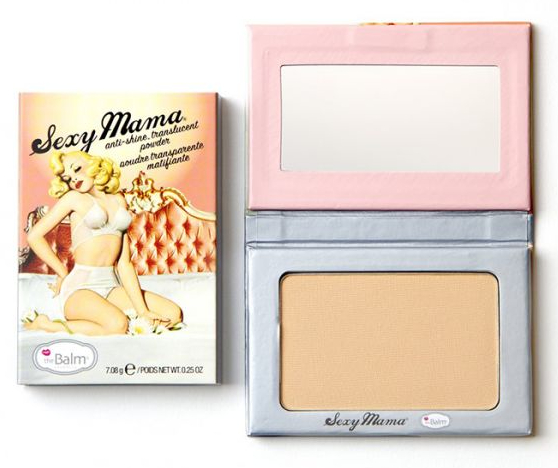 I’ve had this for a long time. Not only is it difficult to use and unflattering on the skin it’s just not the best product out there. With the rise of loose powders, I don’t reach for this and never really have. I have barely tipped the surface and just couldn’t bring myself to use it any more than I already have. Not the worst product out there but not worth the price tag. 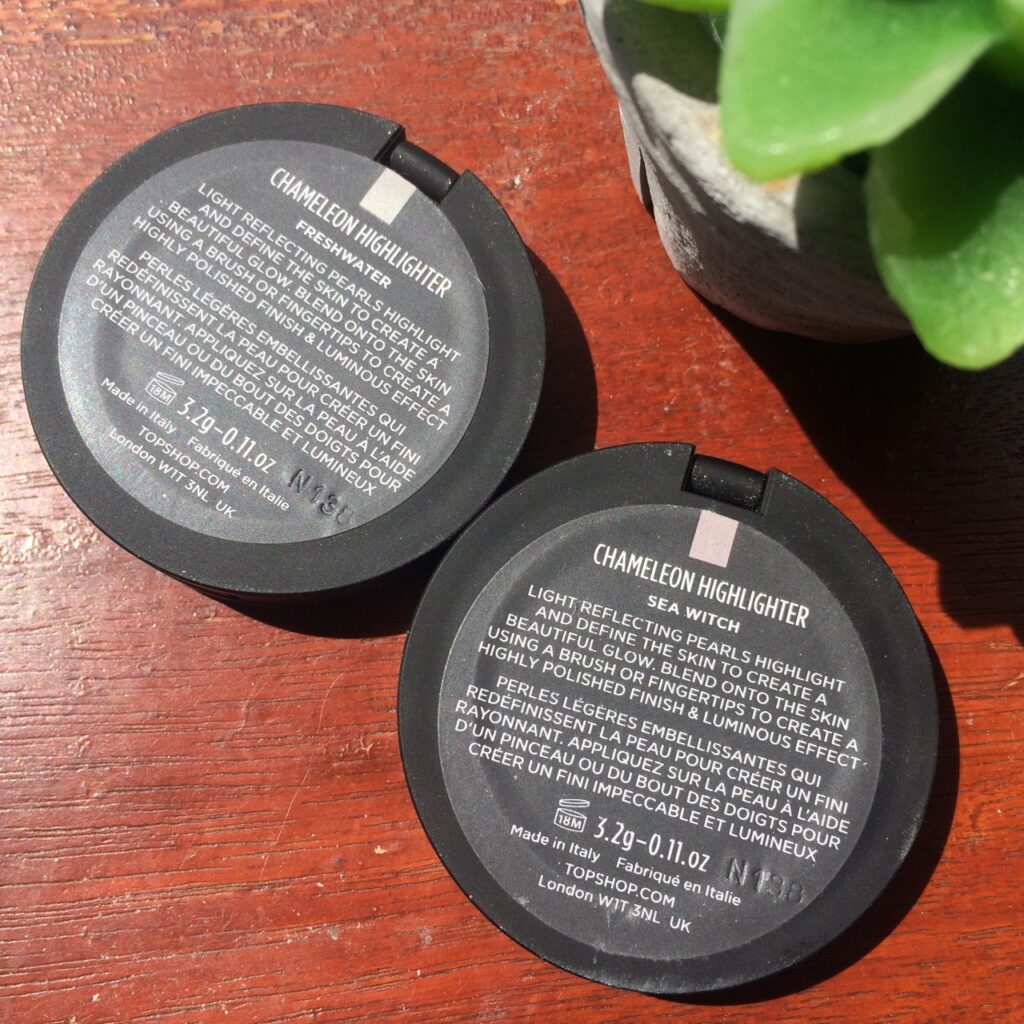 This highlighter is just not as pretty as mother of pearl and not as pigmented. I reached for it a maximum of four times in the last four months, and I don’t see that changing. I have disinfected the product (even though it was barely used) and handed it down to my family member as the shade is right up their alley. 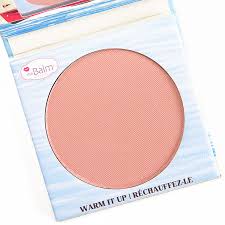 This blush is very old. I once had a big fascination with TheBalm cosmetics as they were very pretty and had great packaging. But I did end up hitting pan on this blush and decided it was time to get rid of it as it was also starting to smell which means the product is way past its prime.

This palette has been laying in my project pan make-up bag since god knows when. It’s not super old but it’s definitely not my cup of tea. I used it a maximum of maybe five times on two shades and that’s it. I have disinfected it and passed it on to a family member. The shades are ashy and just not as pigmented as I would like so it’s time to say goodbye. 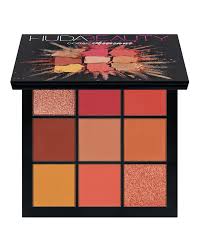 I never thought I would ever say anything negative about Huda beauty as her products seem to be everywhere and are very popular with most beauty influencers. I have to say this was the worst palette I have ever used in my life. The matt shades blend horribly, they are not pigmented, and I was left with more fallout under my eye than with product on my actual eyelid. The shimmer shades were great but honestly, I will not be keeping a horrible palette of nine-shades of which only two are semi-decent. Stay away from this palette and save your money!

Products that I have added into my project pan bag to replace the purged items: 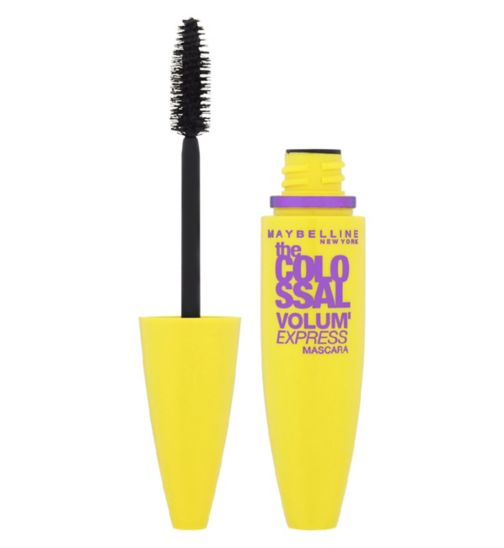 I added these two in as one I have used in the past and need to use up as soon as I can, and the other is quite new. I am excited to use these up I think the essence mascara has about a month and a half to go until it’s completely gone (maybe less) and the Maybelline may last a little longer. But as I have been disappointed with Maybelline before I don’t have high hopes. 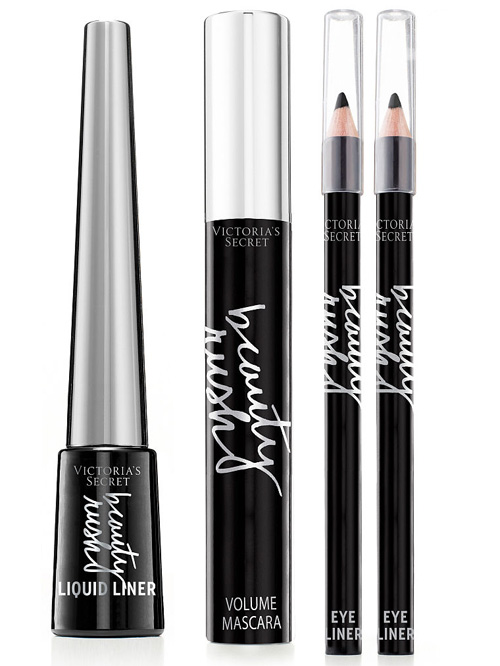 I am excited to begin using this as I have not used a black eyeliner in months! I have been sticking to blue and yellow eyeliners from Essence for a couple of months now and they still have some life left in them, but a black mascara is a must-have. 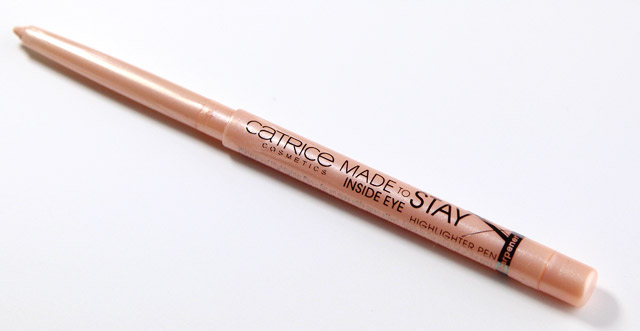 I have used one of these in the past and loved it, it really makes your eyes look a lot bigger which is what I usually go for. I enjoy how creamy it is and how it causes no irritation to my eyes.

Again, this is a product I used in the past religiously and am trying to get back into now. I bought this concealer last year and never unwrapped or opened it as I had already started my project panning at that point and didn’t have a chance to get to it. I’m excited to try it out and give you some feedback! 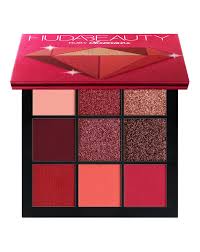 I got this palette as a gift from my best friend during her last trip to Ireland last year. At first, I loved it and now that I’m going back to it, I see the same flaws that I found in Coral obsessions. The matt shades are not pigmented, and the shimmers are the only ones carrying the entire palette. There are five shimmer shades in this palette and only four matts so I can work with that since the shimmers are divine and out of this world. 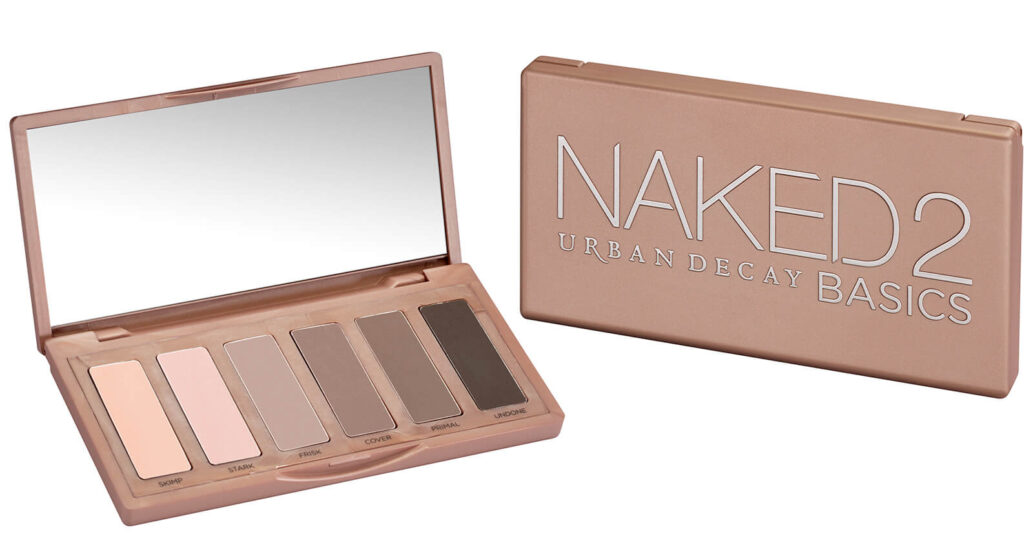 I love this mini palette. I have been feeling rather basic lately and am returning to my love for nude shades. I used this palette regularly in the past but stopped for some reason before I could hit pan. At the time I barely had any money, and this was my first high-end palette, so I was afraid of wasting it. But not that I have adult money I know I need to use this up and make room for the next palette! 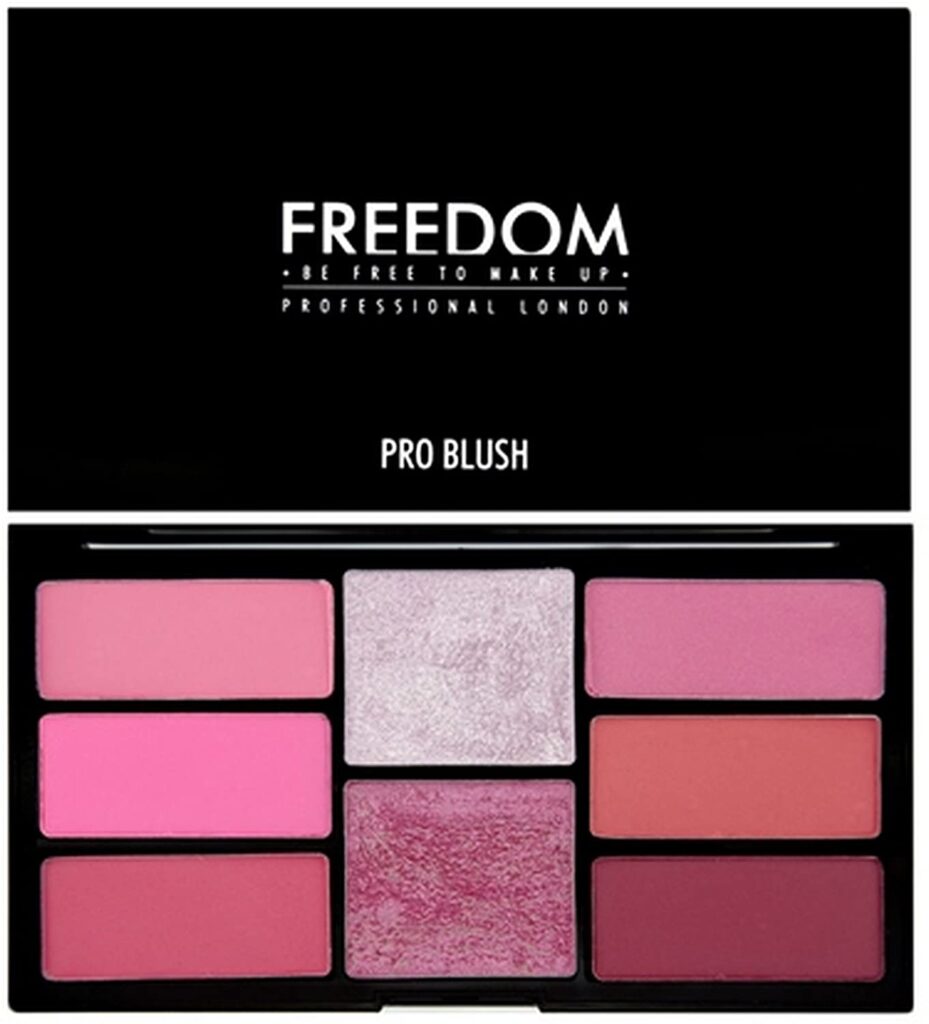 I got this a long time ago as a gift and unfortunately remember very little about the product. I used to use it as an eyeshadow, but I remember it being very dusty. I will be using this as a replacement for my TheBalm blush and see how it goes!

Last but not least… 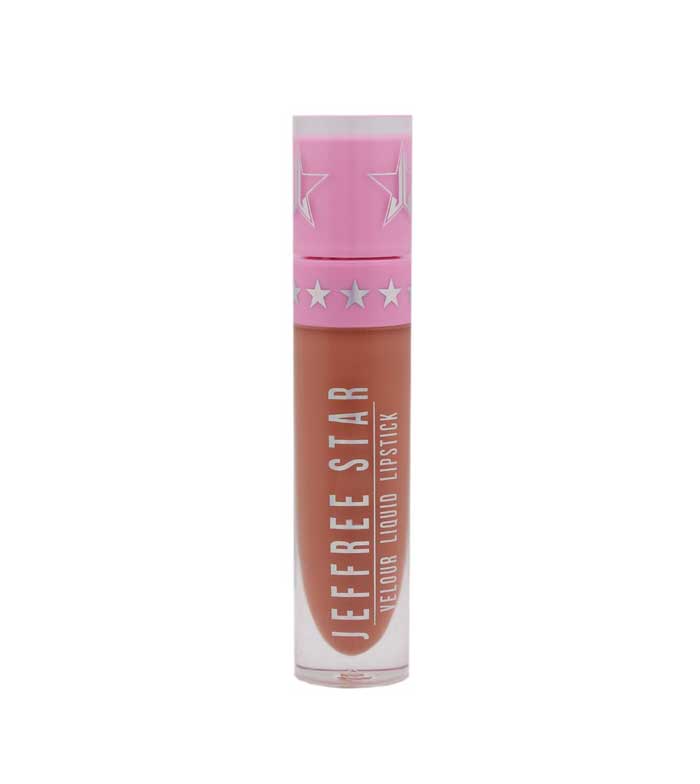 I know I have spoken very little about what lipsticks I currently use but that is because I simply have too many! I got the Christmas mystery box as a gift from my fiancé and now am very tempted to begin using JSC products as I heard great things about their performance.

That is all for this issue! Hope you enjoyed. Happy panning!