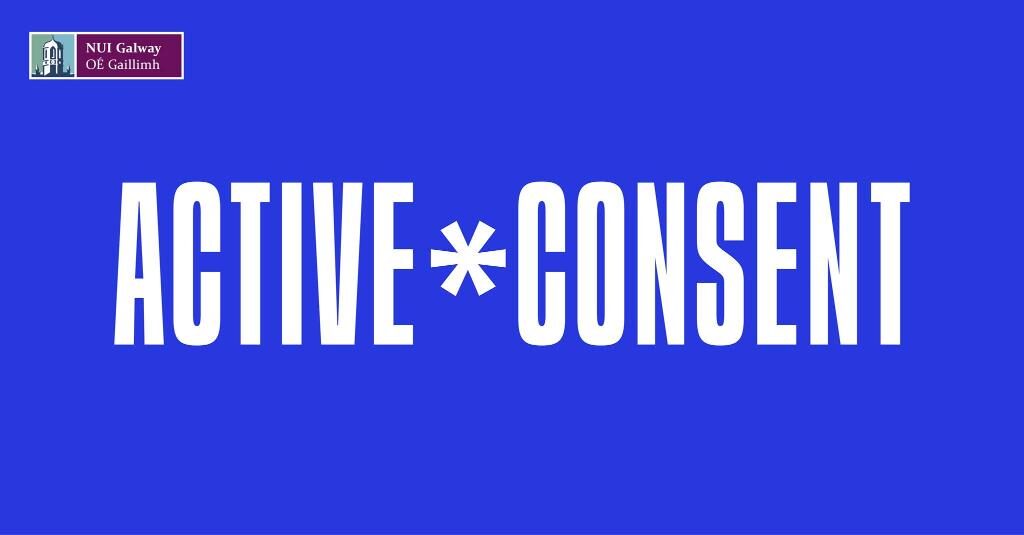 NUI Galway’s Active* Consent, Union of Students Ireland and Galway Rape Crisis Centre have partnered to launch an eight-week social media campaign to empower University students and staff with guidance on how to respond to disclosures of sexual violence and harassment.

Over the eight weeks, the online campaign will offer basic ‘do’s and ‘don’ts’ of receiving a disclosure.

Participants get the opportunity to access online student-tailored disclosure training by Galway Rape Crisis Centre, and ongoing interactive content dividing deeper into all aforementioned information in detail through quizzes, stories and other forms of direct engagement.

The programme works with groups that are important to young people, from teachers to parents, college staff, and policy makers.

The information provided is based on a 2020 national Sexual Experiences Survey of 6,000 University students in Ireland and was carried out by Active* Consent and the Union of Students in Ireland.

The study found that among University students who had experienced sexual misconduct, 35% of female students, 49% of male students, and 25% of non-binary students had not disclosed this to another person.

In the case of sexual harassment, only 7% of men, 17% of women, and 24% of non-binary students had asked someone for advice and/or support.

Some of the common reasons for not speaking out highlighted concerns about how a disclosure would be received – the victims worried they would not be believed, the incident would be viewed as their fault, or the feeling of shame or embarrassment.

The study also found that 79% of college students who disclose sexual misconduct told a close friend, which shows the need for peers to feel prepared and able to respond.

Far fewer students had opened up to staff members in college, which demonstrates the importance of raising awareness that this is an option for students.

The campaign was launched online on the 1st of March by Minister for Further and Higher Education, Research, Innovation and Science, Simon Harris TD.

Minister Harris stated, “I would like to pay tribute to NUI Galway’s Active* Consent, USI and the Galway Rape Crisis Centre for developing the “Start Here” campaign. My Department is determined to tackle sexual harassment and sexual violence in our Higher Education Institutions and this eight-week social media campaign will help empower students and staff with information and advice on how to respond practically and compassionately to disclosures of sexual violence and harassment”.

Union of Students in Ireland President, Lorna Fitzpatrick said: “The results from the Sexual Experiences Survey emphasised the crucial role friends and other peers play when it comes to supporting survivors of sexual violence and assault. The main objective of this campaign is to provide students with practical knowledge and understanding of how to support someone who discloses to them. This campaign has the potential to make a significant impact on creating a supporting environment for survivors of sexual violence, assault and harassment.”

As part of this launch, Active* Consent also announced the full details of their staff training programme, which is now accessible, including a 15-minute animation to introduce all college staff to basic information about consent, sexual violence and harassment and a First Point of Contact training programme created in partnership with Galway Rape Crisis Centre.

“The campaign aims to give students and young people access to information on how to best support their friends and themselves when a disclosure of sexual violence or harassment happens, and offers the opportunity to build further skills in this area. Part of GRCC’s mission is to work towards ending cultural and societal tolerance of sexual violence and this campaign is a positive step in this direction.”

To get involved and learn more about the “Start Here” campaign, visit www.nuigalway.ie/activeconsent/start-here/, and to explore the Sexual Experience Survey mentioned, visit http://www.nuigalway.ie/student-life/student-support/active-consent/our-research/.