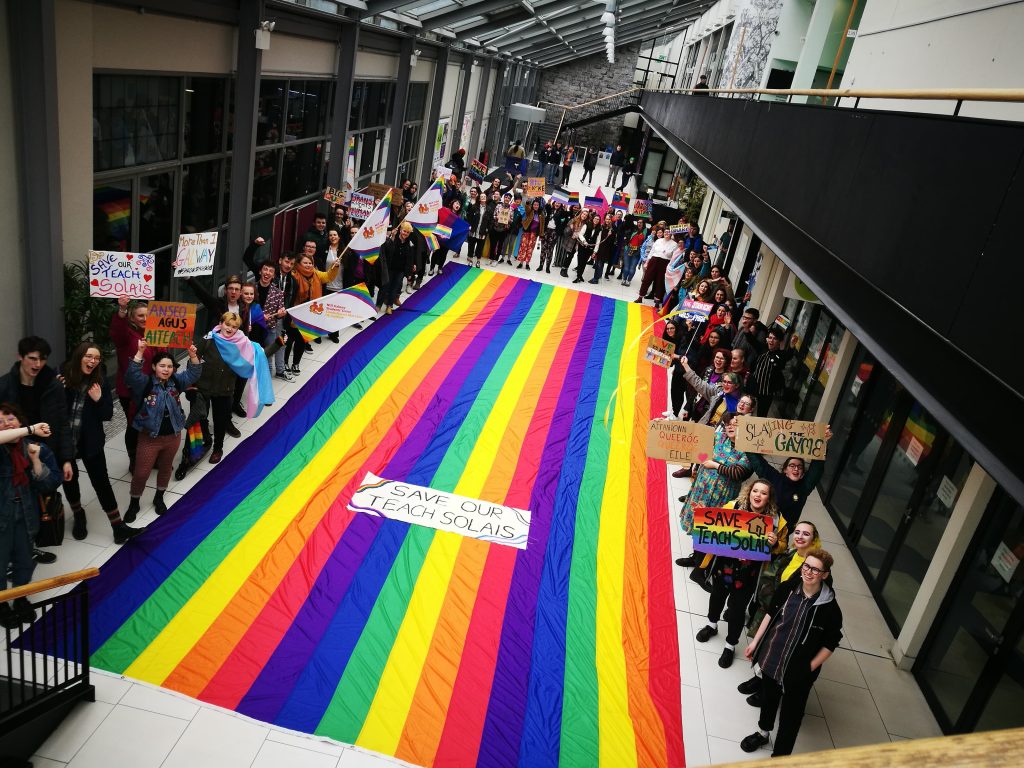 NUI Galway made history last month when it became the first Irish university to hold a pride march on campus.

Students and staff marched from the Quadrangle all the way to Áras na Mac Leinn, where a series of talks were held afterwards. 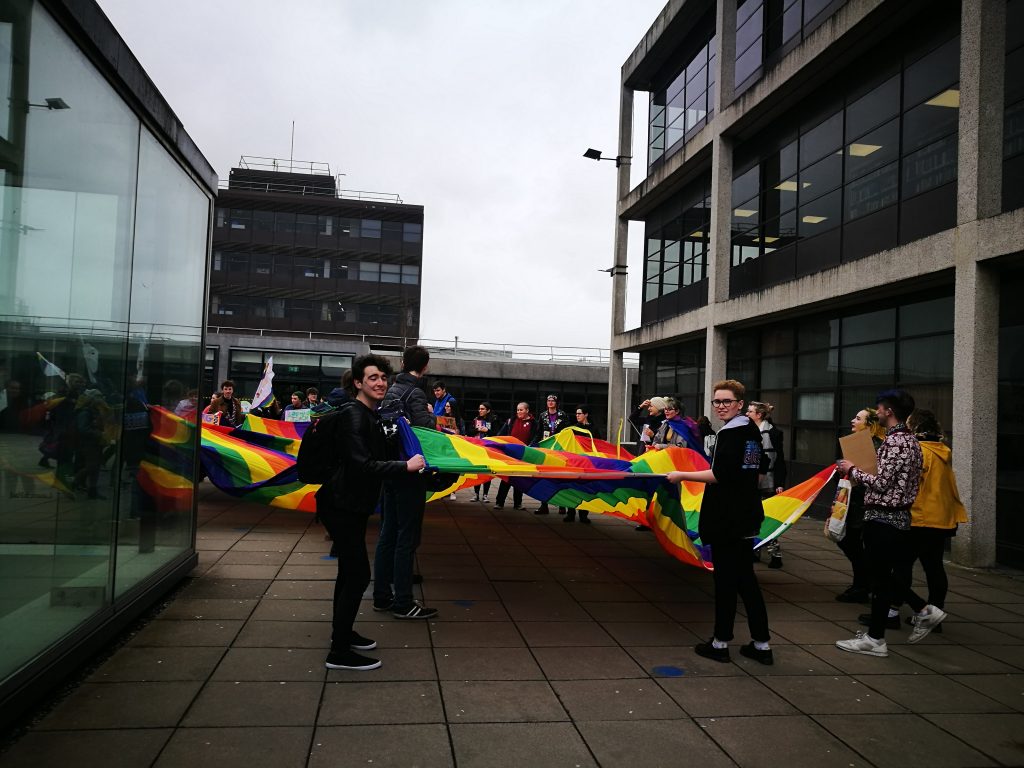 “Rainbow week is the biggest week of the year for GiGSoc. This year we had two huge successes. The first being the launch of our first small publication ‘The Queer Book’ which is a collection of LGBTQIA+ writings, artwork and photography made by the community and for the community, with all proceeds from the sale of the book going to support Teach Solais, Galway’s LGBT+ Resource Centre,” said Maeve.

“The second success was hosting the first Pride Parade to ever take place on a university campus in Ireland. This year we wanted to do something different, we wanted to get out of our room tucked away on campus and be seen, be visible and be recognised.”

“The Pride Parade was truly an act of pride. People should have pride on this campus. They should be free from fear. They should feel comfortable to be seen and express themselves for who they truly are.”

“This goes for staff and students alike. Our days of hiding on campus are over; we will be out, loud, and proud. I hope our work as GiGSoc this year has helped to make this university a better place for all LGBTQIA+ people,” concluded Maeve.

Oissíne also spoke of the success of Rainbow week.

“This week was phenomenal for us. It was a week full of firsts for our society. I hope that the future committees of GiGSoc will continue on and make these into annual events.”

Oissíne also said many NUI Galway staff members were present at the Pride parade. “It was amazing to see staff of NUI Galway get involved with our Pride Parade. The LGBT Staff Network launched their Staff Ally programme during Rainbow week and many people who attended the launch also joined us in the parade.”

“It makes people feel that little bit safer, knowing that staff are willing to march with us and support us,” said Oissíne.

Dr Chris Noone, lecturer at the School of Psychology and Chair of the NUI Galway LGBT+ Staff Network, was also at the parade.

He commented on the introduction of the Ally Programme, which is a member-based initiative working towards increasing the knowledge, awareness, and support of LGBT+ colleagues and students. Staff who sign up to be allies are provided with resources and visible symbols of their support for the LGBT+ community.

“The LGBT+ Ally Programme makes visible the support that exists at NUI Galway for students and staff who are members of the LGBT+ community. It shows that this is a welcoming place for people of all sexual and gender identities and that there is a community to connect with on our campus.”

“We were delighted to march in NUI Galway’s inaugural pride, and to be a part of the speeches afterwards. While the community has achieved marriage equality, there is still so much to be fought for, particularly now that our resource centres and spaces are under threat.”

“The parade was a wonderful display of visibility, and I’m sure it goes a long way towards making LGBT+ people feel like their voices are being heard across campus. I am so proud of GiGSoc for organising the event. The Union has always been a strong supporter of LGBT+ rights and will continue to be.” 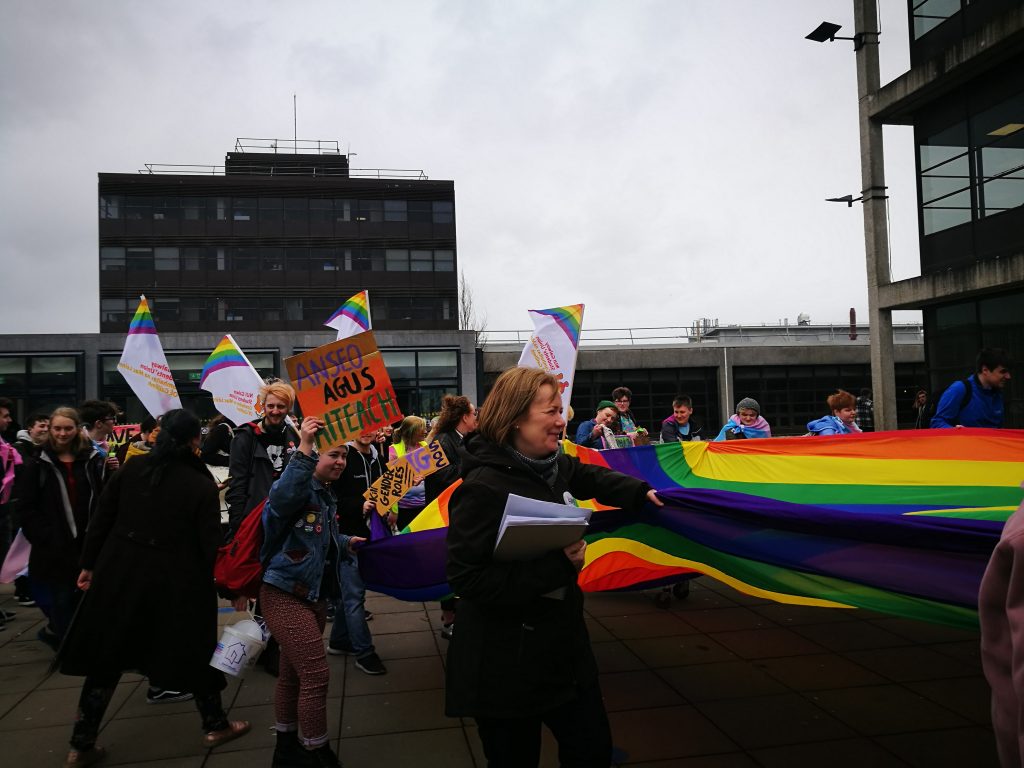 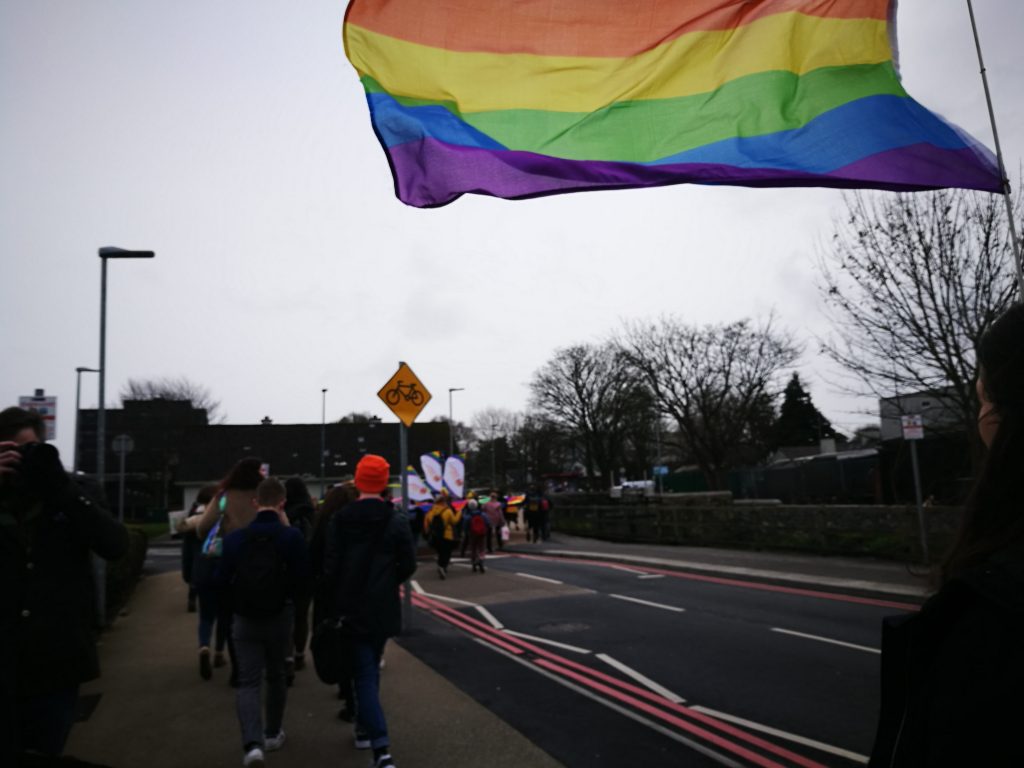 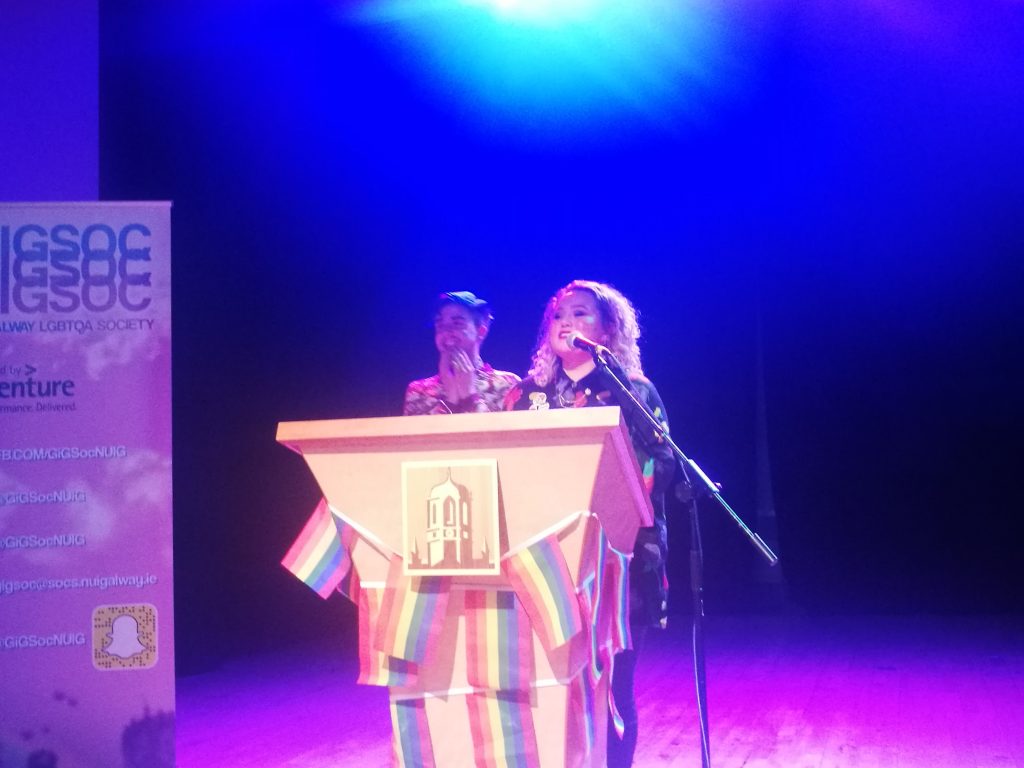 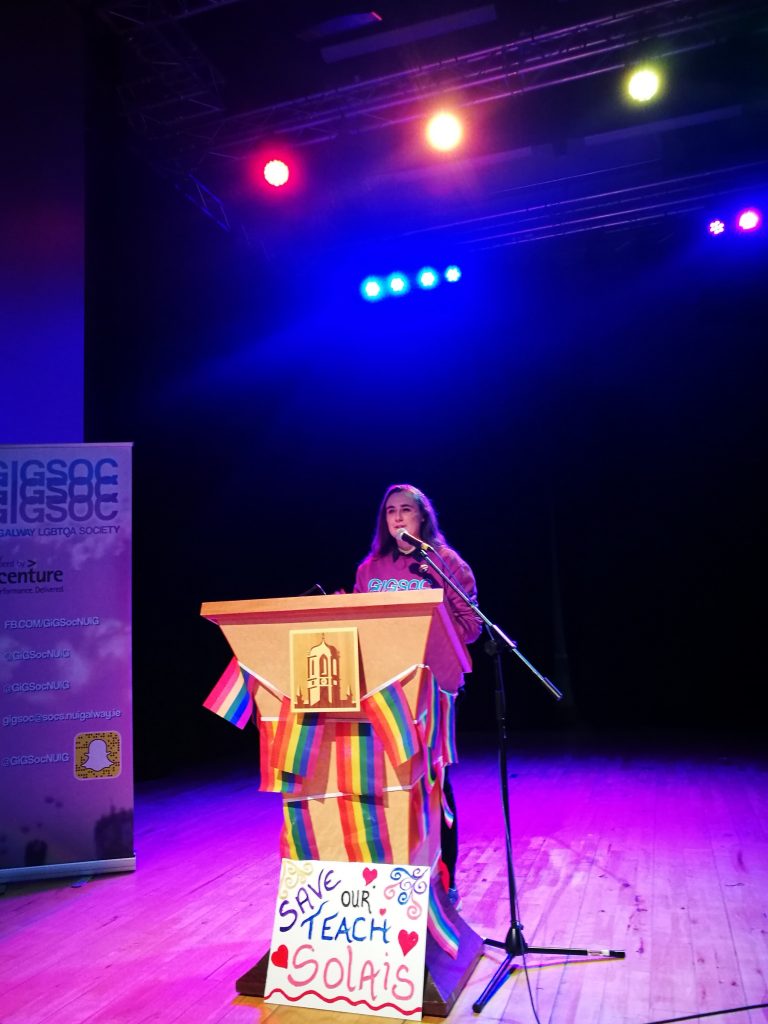