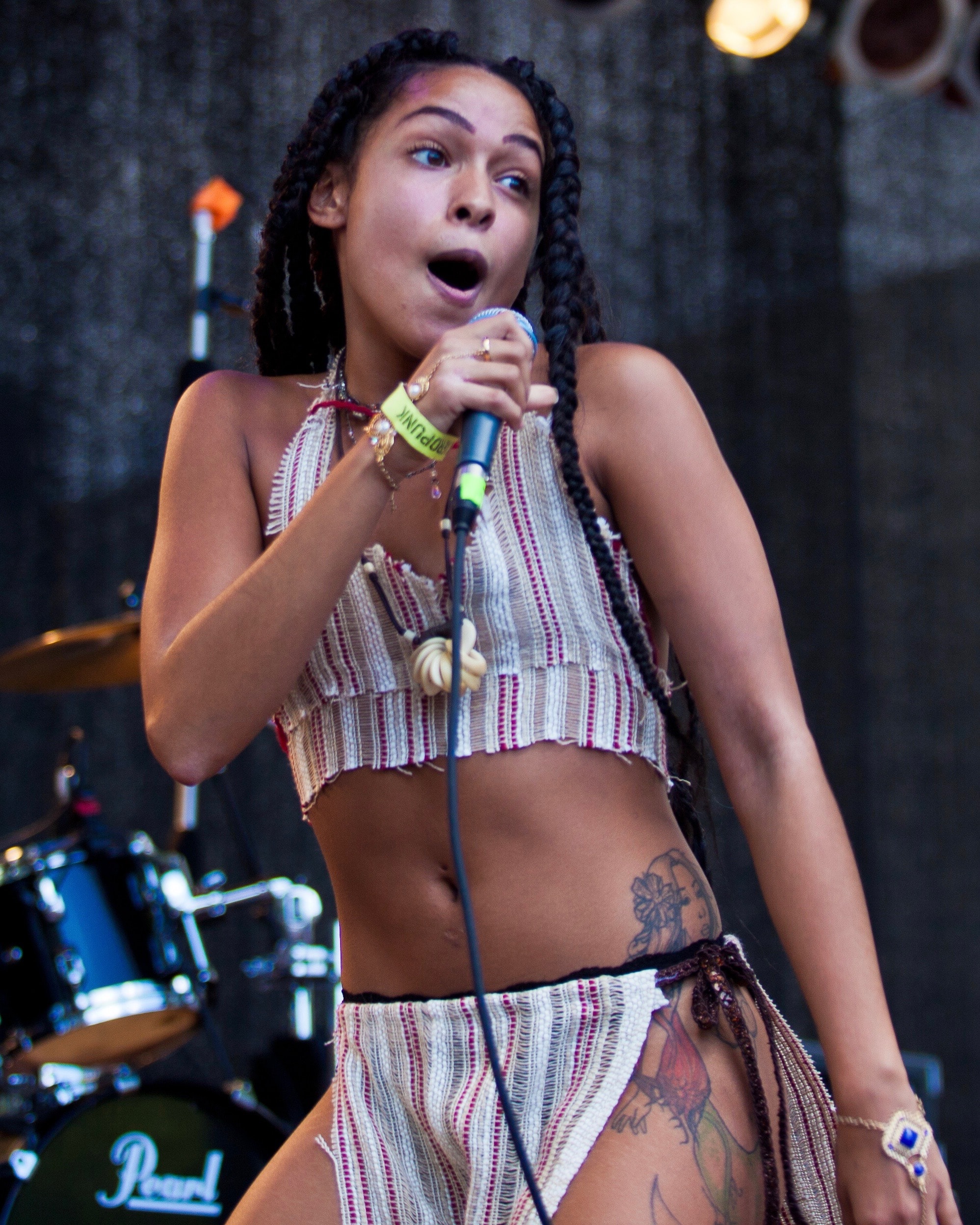 On Thursday 17 January, Ariana Grande released her latest pop anthem ‘7 Rings’ with a R’n’B edge. The singer described the song as “like… a flex”, revolving around retail therapy, friendship and getting yourself what you want. In typical Ariana Grande fashion, the tune is a female anthem.

Following its initial release, the braggadocious song attracted some controversy. Grande has been branded a “culture vulture” by a number of people online, as well as accused of ripping off a number of other recording artists’ flows and bars.

These artists include A$AP Rocky, Soulja Boy and – most prominently – Princess Nokia. The positive side of this controversy comes in the form of Princess Nokia’s name being on everyone’s lips. But the female rapper is more than this incident, she has been making inspiring and adventurous music for years.

So, who is Princess Nokia? Here’s everything you need to know…

Born Destiny Frasqueri, Nokia began gaining prominence in 2014 with the release of her album Metallic Butterfly, but it was not until the release of 1992 Deluxe in 2017 that the rapper became a hugely popular recording artist. The album contains some anthems and from ‘Kitana’ to ‘Saggy Denim’, her style ranges from old school flow to modern day trap.

What remains constant throughout the album is Nokia’s sensational voice, a theme of body confidence and sexuality and references to NYC. She rejects society’s image of what is beautiful, creating a new narrative of what is sexy. In a video with Genius, she explained the thought process and meaning behind one of her most popular songs ‘G.O.A.T’. Nokia declared, “I am divine feminine energy.” Her confidence, liberation and je na sais quoi make her a remarkable artist and an inspiring person.

If you head to YouTube and surf through some of Nokia’s videos, you’ll see that she moves throughout genres seamlessly. From ‘Apple Pie’, which has a dream-like Lana Del Rey-esque style, to ‘Mine’, a celebration of the culture and tradition surrounding women of colour’s hair and simultaneously a critique of those who do not understand it. This is the song which has catapulted Nokia onto our screens in recent days, as there are some definite similarities between it and Ariana Grande’s ‘7 Rings’, with Nokia shrewdly stating, “Sounds about white.”

2018 saw the release of A Girl Cried Red, which is a fusion of rock, emo and hip-hop. The mixtape centres around a theme of overcoming depression and loneliness, yet it contains banger after banger. “Smash my heart in pieces, it looks so good on the floor” is a refrain that appears on many of the songs featured on the mixtape, which gives a glimpse into the overall lyrical style of the tracks.  In an interview, the shape-shifting artist stated that “black people created punk — the band Death was way before The Ramones… if you think about it, the wool has been pulled over our eyes. This is our s***. Very naturally, that’s why we return to it.”

Princess Nokia is an activist for women’s rights and has fought against adversities for what she believes in. Some of Nokia’s controversial acts of heroism include throwing soup at a racist train passenger, punching an audience member for being sexist and stopping her show to call out gentrification in London. As well as all this, Princess Nokia has created a podcast and initiative entitled ‘Smart Girl Club’ with Milah Libin, which aims to empower women of all shapes, sizes, colors, sexualities, and orientations by focusing on creative collaboration and celebration between women: “We all have baggage, pain, something we’re carrying – something we need to get through. That’s why I created the cover of light. To teach women how to rid this pain through holistic healing.” Through positive magical practice, the urban feminist collective are helping women to love themselves and feel protected, it is an outlet for learning, growing and flourishing.

Princess Nokia is a rapper, activist, feminist, poet and a force to be reckoned with.