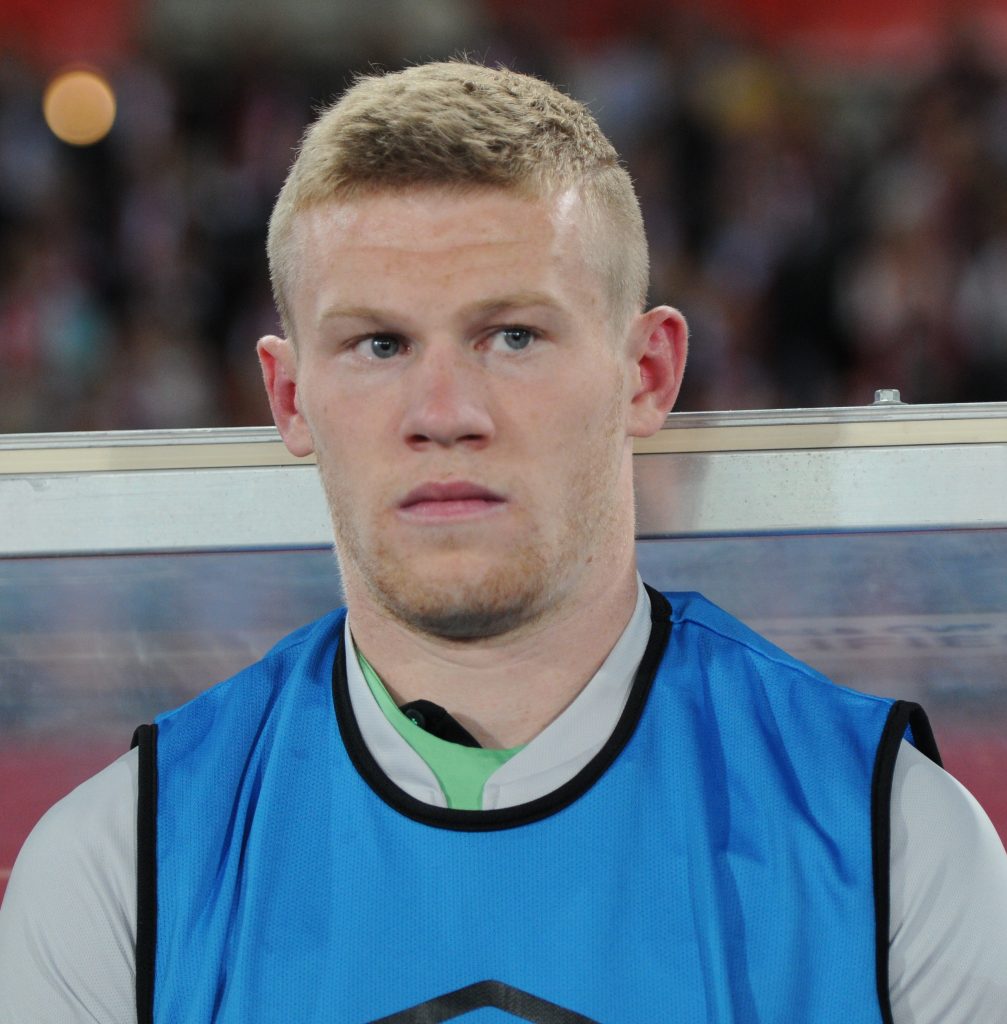 November has come around and Poppy season is in full flow in British football which can only mean one thing. The vilification of Irish Catholics, in the stands, in the dugouts and on the pitch.

Jerseys become emblazoned with a red poppy to commemorate British military personnel who lost their lives in conflicts since World War One, raising money for the Royal British Legion in the process.

The experiences of James McClean and Neil Lennon are just two examples of the perennial scourge that is sectarianism in British football. Creggan native McClean has been consistent in his refusal to wear the emblem since 2012 when he first made his Poppy Season debut in English football. He has continuously outlined his reasons for not doing so.

Having been brought up in the Republican community in Northern Ireland, McClean’s unwillingness to support British Army veterans should be at the very least understood, if not accepted. The Troubles depicted the barbaric worst of the British Army. Bloody Sunday in 1972 saw the British Army gun down 13 unarmed civilians on the streets of the city. An apology by the British Government took 38 years.

While he was at Wigan Athletic, McClean penned an open letter to then Chairman Dave Whelan McClean outlined the feeling of sorrow, pain and betrayal that for the people of Derry transcends generations; “In Derry, every person still lives in the shadow of one of the darkest days in Ireland’s history, even if like me, you were born nearly 20 years after the event, it is just part of who you are, ingrained into us from birth.”

Yet despite his perfectly legitimate reasoning, the Midfielder gets labelled as anti – British or a supporter of the IRA. This perception of McClean has been let fester and develop into something much more sinister by sections of the British press. The 29 – year – old has been abused on and off the pitch; booed by his own supporters, spat at and received death threats while at Sunderland.

McClean and his family endure this torment for standing up for principles those in Flanders fields or the beaches of Normandy fought and died for, freedom of expression and championing your beliefs. The hypocrisy is that those who seemingly care most about respecting what the poppy symbolises scold somebody for representing much of its moral principles.

When Manchester United midfielder Nemanja Matic declined to wear the Remembrance Poppy against Bournemouth this month no fuss was made, the was no booing, no death threats, the media turned a convenient blind eye. Matic, like McClean, outlined his reasons for not wearing the emblem shortly after the match. His reasons were accepted and respected, The Mirror calling it ‘emotional’.

No such sympathy would be afforded to James McClean. Following Stoke City’s game with Middlesbrough he had to be held back following anti – Irish chanting, verbal abuse and having objects thrown at him. Rather than sympathy, McClean was branded with a warning from the FA over his comments regarding the incident on social media where he slammed the ‘uneducated cavemen’ who hurl abuse at him.

The silence of the Professional Footballers Association (PFA) is deafening in the McClean context. Not once have his representative body come out and supported him, just like the lack of action from anti – racism Charities like the ‘Kick It Out’ campaign. It took until the Tuesday after the Middlesbrough game for ‘Show Racism the Red Card’ to condemn McClean’s treatment and even then, it had to be led by the Irish branch of the charity.

The silence of anti – racism groups has almost legitimised the actions of football supporters who torment the Stoke Midfielder on a weekly basis.

McClean is not an isolated case either. In Scotland, the treatment of former Northern Ireland International Neil Lennon proves this; theHibernian manager has suffered brutal psychological torment, physical abuse and media onslaughts against him during his time as a player and manager. He has had bullets and parcel bombs sent to him in the post. In 2008 he was kicked and bottled to the point where he was rendered unconscious.

Against local rivals Hearts, Lurgan – born Lennon had coins thrown in his direction. Effigies of ‘Hang Neil Lennon’ were graffitied on walls outside Tynecastle. This was the tipping point for the 47-year-old, who launched a damning indictment against the sectarian abuse he had endured.

His impassioned outburst was a product of years of agony and anguish, echoing the sentiments of many Irish Catholics who had lived through the same discriminatory abuse in previous years; “You call it sectarianism here in Scotland, I call it racism. If a black man is abused, you are not just abusing the colour of his skin, you are abusing his culture, his heritage, his background.”

“It’s the exact same when I get called a Fenian, a pauper, a beggar, a tarrier. These people with the sense of entitlement or superiority complex. And all I do is stand up for myself.”

Issues of anti – Irish racism have been for too long rubbished, pushed aside and made redundant. November 2018 has proven this to be beyond doubt. Britain’s laissez faire attitude to anti – Irishness never doth its cap and exited stage left, it has always lingered on.

From Rangers fans singing ‘The Famine is Over, Why Don’t You Go Home?’ to the vilification of Lennon and McClean, British football has always been a cold house for Irish Catholics. Ironically in a month where remembrance is the underlying theme, the discrimination Irish sportspeople endure on British soil seems to always be forgotten.