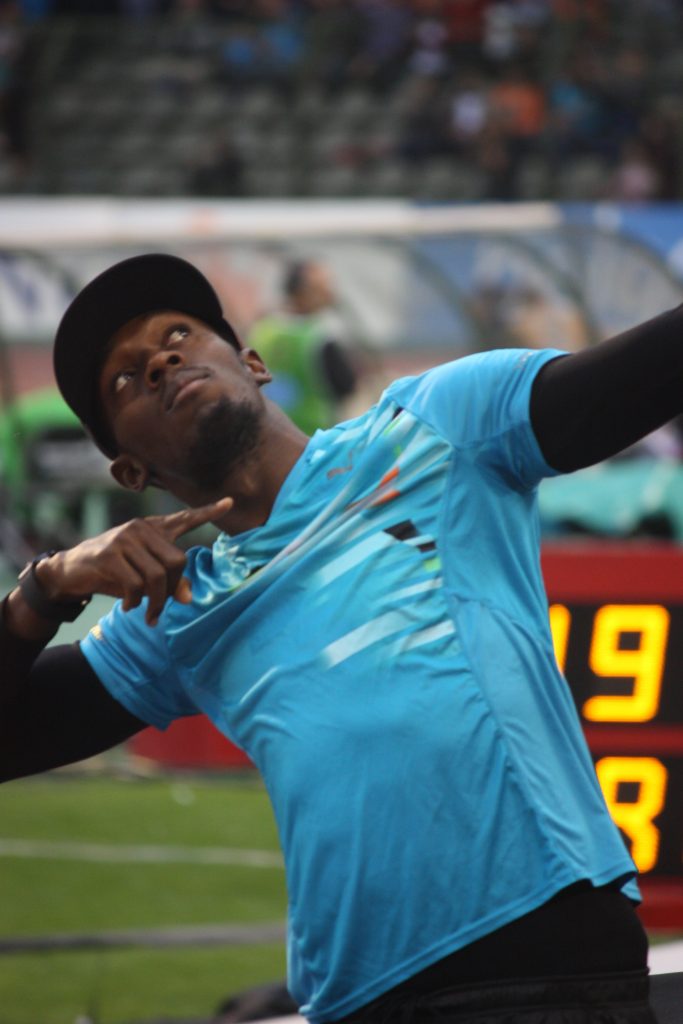 The worlds of football and athletics alike have been captivated by Usain Bolt’s decision to swap the running track for the football field as he tries to forge a path into the world of football.  The World record 100 metre runner and eight – time Olympic Champion scored a brace for Central Coast Mariners in a trial game, and has caught the eye of Maltese league champions Valletta FC.

Bolt’s agent Ricky Simms has stated that the Jamaican has been offered a contract, and his move has drawn criticism from many sources, the most notable one being A – League and ex – Ireland striker Andy Keogh, who stated that he has a touch “like a trampoline.”

Bolt is not the only athlete to have switched codes in the past, so let’s look at some other examples from history and see how their career changes worked out.

One of the greatest players to grace the basketball courts, Jordan’s legacy as a basketball player is a strong one, with more accolades than you could shake a stick at. However, the same cannot be said for his brief stint in baseball.  Jordan signed for Chicago White Sox in an attempt to fulfil his father’s wish of having a professional baseball player as a son.

The Hall of Famer had played briefly in his childhood years, but endured a torrid time on the baseball field, and Steve Wulf wrote on the cover of Sports Illustrated that “Jordan and the White Sox are embarrassing baseball.”  Jordan was aware of his lack of quality, and branded himself as the “worst player” at Scottsdale Scorpions.  MJ knew his failings, and in March 1995 he put the baseball bat away and returned to the NBA in a simple two word statement; “I’m back.”

The Notorious was at the peak of his powers post – UFC 205, and decided to swap the cage for the boxing ring, ambitiously calling out one of the undisputed greats of the boxing game: Floyd Mayweather Jr. McGregor put his MMA career on hold, and subsequently lost his UFC belts.  Mayweather came out of retirement for the middleweight bout, and prior to the fight boasted an unbeaten record of 49-0.

Ultimately the fight ended in defeat for McGregor, who was beaten in the tenth round when the man in the middle Robert Byrd awarded the Michigan native a TKO.  The Irishman was always up against it in his maiden boxing match, but gave a decent account of himself all things considered, and at least made the fight competitive.  Financially the fight was an enormous success for both parties, with each reportedly earning nine figure sums on the back of PPV sales.

Paulo Maldini will go down as one of the all – time great defenders in football history.  The AC Milan defender’s career spanned three decades, having retired at the aged of forty.  Eight years on, the Italian defender surfaced at a professional tennis tournament in Milan.  Maldini and his tennis coach Stefano Landonio entered the qualifiers for the Aspria Tennis Cup as a doubles team and ended up making it to the tournament.  Ultimately, the five – time Champions League winner lost 6-1, 6-1 to his opponents on the day.

Without a doubt the most successful athlete on our list.  Kevin Moran is the only man to have won both a Celtic Cross and an FA Cup medal. Moran’s first love was the O’Neills. The Good Counsel player was called into the Dublin Senior Panel at the start of the 1976 by bainisteoir Kevin Heffernan.  The impact Moran had for the Boys in Blue was immediate, helping them to lift Sam Maguire in ’76 and ’77.  Moran was awarded an All – Star for his heroic efforts in his maiden season with the Dubs, and also won three Leinster titles as well as a National League.

The hierarchy at Man Utd took a keen interest in Moran and signed the then 24 – year – old in 1978.  The centre – back had a prolific career for the Red Devils also, and was renowned for his aerial ability. Moran was the first player to have been sent off in an FA Cup Final in 1985.  Moran’s legacy at Old Trafford is impressive, having scored 21 goals in 231 games for the Red Devils.  His record for the Boys in Green isn’t to be sniffed at either, with six goals in his 71 caps for the Republic.