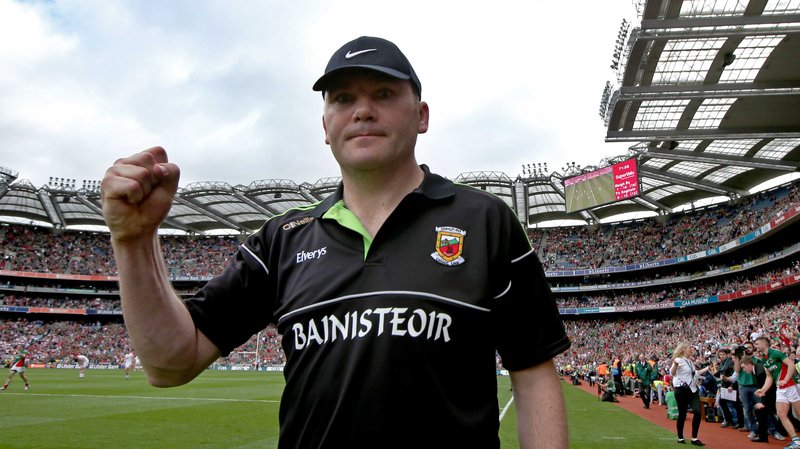 James Horan; the only man for the job

The Mayo County Board’s decision to bring back James Horan as manager is a positive move.

First off, it is important to consider the mentality of Horan himself. He comes back a much wiser and learned head.

Speaking to Mike Finnerty for Mayo GAA TV, he said he is in a “privileged position to be able to work with the best footballers around Mayo.”

There is a feeling amongst Mayo supporters that the time for the fairy – tale story has passed, and that it is time to get back to the drawing board.

This is a sentiment shared by the Ballintubber man who stated, “there’s a lot of talk about Odysseys and Holy Grails but that’s a bit mythical. What I like to deal in is what we can do next Tuesday night, and how good can we make that session.”

These come across as the words of a man who is hungry to get back on the touchline doing what he does best.

There are lessons to be learned for both Horan and the county board. Moving forward, it is not just about utilising the current panel but blooding in new talent. The news that there is to be intercounty trials with over 100 players involved is refreshing for Mayo fans.

Horan laid the ground work for a generation of Mayo players winning All Stars. He kickstarted the process that saw Mayo reach All Ireland Semi Finals from 2011 to 2017. There is no better man to blood in new talent.

Horan has been away from the intercounty game for four years, but during this time he has not slacked. He has worked as a pundit for Sky’s GAA coverage, gaining fresh insights into the game in the process.

In December 2017, he took the reins of the Westport senior team, an outfit which has produced key intercounty players over the years including Lee Keegan, who was the 2016 All Star Player of the Year.

A major point that must be considered is the lack of suitable alternative candidates. Michael Solan pulled out of the running and lacked the experience to lead this team. Kevin McStay ruled himself out in the early stages. Jimmy McGuinness and his famous ‘System’ and this current crop of players are not a match made in heaven by any stretch.

Horan was a wise choice. He carries none of the caveats that the other potential candidates would have.

Credit where credit is due to the County Board, for handing a four – year deal to Horan, who had previously criticized them for failing to back him and the team appropriately. This is a monumental vote of confidence.

Should Mayo have brought back Horan?

Watching the events that have led to the re – appointment of James Horan as Mayo manager unfold, I’m reminded of many similar cases of managers being reinstated to a previous position that resulted in failure.

James Horan is a brilliant manager who has had great success with many members of the current squad, and he’s a Mayo man born and bred. He has his finger on the pulse of Mayo football, and has a past of nurturing young talent who go on to later produce winning performances at senior level.

Despite all this, there is the big pink elephant in the room. Horan’s time as manager of Mayo can be in part be summed up by his failure to win an All – Ireland. Though he was close throughout his term, getting to finals in 2012 and 2013, and semi – finals in 2011 and 2014, he never brought the famed Sam Maguire trophy back to Mayo.

His restoration as manager, in these terms, doesn’t make sense. Logic would dictate that appointing someone who failed before will most likely fail again. As the famous quote making its rounds on the internet eloquently says; “The definition of insanity is doing the same thing over and over again but expecting different results.”

There are some precedents for such a re – appointment in sport. The most prevalent one in recent years has been the return of José Mourinho to Chelsea after a five year absence. It has many similarities to the circumstances we now find ourselves in with Horan.

The second term, though did yield some success, was nowhere near as successful and they were even further from winning the ultimate prize of the Champions League. This precedent is an example of where doing the same thing has yielded worse results and should be learned from.

The appointment of James Horan is for Mayo an appointment for familiarity. Many Mayo supporters are welcoming it because they believe it will bring them back to Connacht titles and All – Ireland finals.

It is seen time and time again that successful ventures come from being placed in unfamiliar situations, such as Serena Williams moving from Compton to West Palm Beach, Florida to improve her tennis. Therefore, Mayo shouldn’t stick to the same formula if they want to be successful.