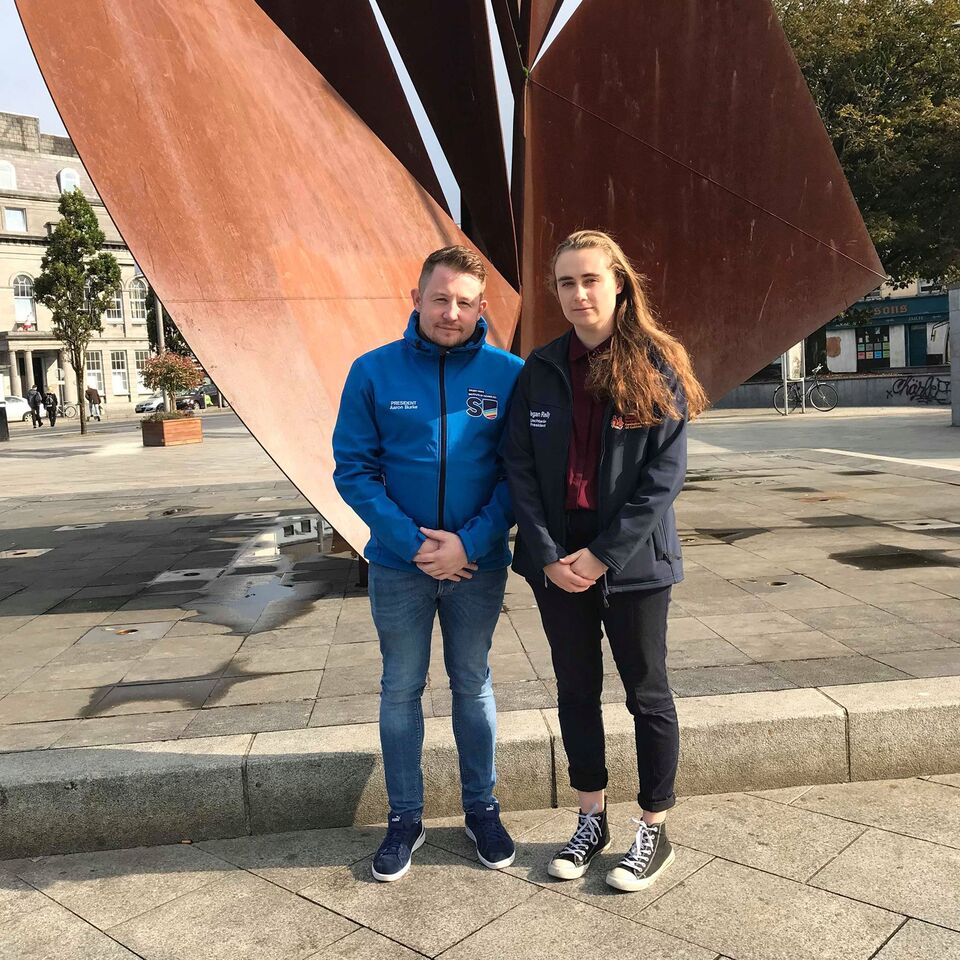 The comments come ahead of the union’s upcoming ‘Crisis Campout’ protest, which is being planned in conjunction with Galway Mayo Institute of Technology’s Students’ Union and the One Galway initiative.

The event is set to take place on Tuesday 11 September in Eyre Square and will see protesters sleeping out overnight in tents to try to draw the government’s attention to the national accommodation crisis.

NUI Galway and GMIT’s Student Unions’ released a joint statement earlier this month, where they announced the overnight campout and condemned the “extortionate rent prices of €250 a week” that some Galway students are paying.

Reilly stated that the issue is one of the biggest problems currently facing students.

“I think the capitation (student contribution) fee of €3000, coupled with the rising rent prices, is the biggest barrier to education that we are facing at the moment,” she says.

The SU President believes that the costs are deterring potential students from pursuing third level education.

“I think education is becoming more and more inaccessible to larger numbers of people. The SUSI grant hasn’t increased in six years and it hasn’t been restored since it was slashed previously.”

“I would say there are definitely people out there who are wondering whether or not they can afford college, or whether they have to take a year out and work. This should not be the case.”

The campout organisers will be asking people to sign a petition on the night which calls for more affordable student accommodation to be built.

The Unions are planning to demand that rent caps be put in place to prevent price hikes, like this year’s highly contested 18 percent rent increase by Galway’s Cúirt na Coiribe student accommodation.

The petition will also call for inspections to take place in Galway rental properties and for tighter regulations around Air BnB lettings.

Following the campout, a public seminar regarding the crisis will take place on Wednesday 12 September in Monroe’s from 12pm to 3pm. The seminar will seek to provide practical information to the public.

Reilly explained that the Unions’ are trying to take a “holistic” approach to address the housing crisis.

“There is a focus on student accommodation here (for the campout), but we are not limiting it to just that.”

“We would like anyone who has been affected by the accommodation crisis to feel a part of this as well. It’s not just one group that is suffering”.

Making a united stand with GMIT on this issue was hugely important in Reilly’s opinion.

“We’re all in the exact same boat, student accommodation is a crisis across the board and there’s more weight behind it if we work together.”

Due to the crisis, the NUI Galway accommodation office is very busy at this time of the year, according to the SU President.

“Particularly international students will sometimes struggle. The people behind the services are doing their best, it’s just sometimes there isn’t enough accommodation out there.”

For the campout, tents will be set up throughout Eyre Square by organisers and buskers will be on hand to provide entertainment. All students are urged to attend.

“We will be encouraging people to make and bring their own signs,” Reilly adds.

Galway City mayor, Niall McNelis, will be present at the event and several councillors will also be in attendance. Reilly hopes other advocacy groups will also get involved.

“It’s not just us (who are protesting). It’s more the whole community,” Reilly concludes.