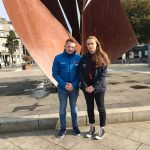 By Graham Gillespie NUI Galway Students’ Union president, Megan Reilly, told SIN this week that the student accommodation crisis has reached “peak point.” The comments come ahead of the union’s upcoming ‘Crisis Campout’ protest, which is being planned in conjunction with Galway Mayo Institute of Technology’s Students’ Union and the One Galway initiative. The event is … END_OF_DOCUMENT_TOKEN_TO_BE_REPLACED 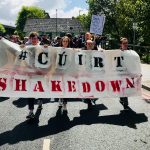 Over 400 NUI Galway students marched in protest of escalating rent rates today 8 May, as management at Cúirt na Coiribe student accommodation recently revealed plans to introduce rent increases of up to €1000 for the upcoming academic year of 2018/2019. The protest outside the student accommodation complex was organised by NUI Galway Students’ Union who are determined to … END_OF_DOCUMENT_TOKEN_TO_BE_REPLACED

By Caroline Spencer 2021 YouTube was not made with me in mind, and rightly … END_OF_DOCUMENT_TOKEN_TO_BE_REPLACED