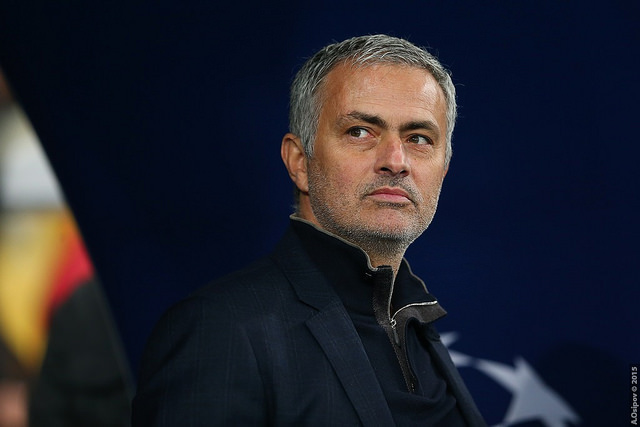 With Manchester United’s underwhelming exit from the Champions League after their 2-1 aggregate loss to Sevilla in the last 16, the club and the fans have been re-evaluating the kind of expectations they hold for the team. In the intervening period manager Jose Mourinho has been seen making some bizarre outbursts in his press conferences, while many supporters are wondering if the enigmatic Portuguese coach is doing his self-imploding act a little earlier than usual.

Having spent hundreds of millions of pounds on re-building a team from defence to strikers, United find themselves in quite a stagnant position. Since the departure of Sir Alex Ferguson, this season (barring some sort of collapse) will positionally be their best league finish. They’re in the last four of the FA Cup and made it out of the group stages of the Champions League.

A shock defeat to Bristol City in the Carabao Cup knocked them out a tad earlier than they would have hoped but all things considered it does still follow a slight upward curve from last season. However, one only need point to the expenditure of the club and argue they should be showing more than a slight upward curve.

Mourinho’s side boast a staggering strength in depth after their huge investment in the squad. Given the balance the team has and the sheer star quality all over the field, one wonders how they can still record wins over Chelsea and Liverpool in the league yet struggle so badly against Sevilla over two legs.

The Special One’s tactics are often the first port of call especially his defensive style. Against Sevilla especially in the first half, Romelu Lukaku was simply too isolated to act as a target man so when United won the ball they looked up the pitch and saw one option, their Belgian striker who was surrounded by Sevilla defenders. His first-touch and general control has never been his strong point, so it’s surprising this was the way they set up as it seemed destined to fail from the get-go.

The game called out for someone like Juan Mata who can play centrally, get on the ball and help build attacks or kickstart counter attacks. What was clear was that this would have been seen as some kind of defensive sacrifice for Mourinho who preferred the midfield trio of Matic, Fellaini and Lingard. All did their job defensively but going forward none had the presence or finesse to work in tight spaces and make things happen.

Mourinho’s hesitance to trust Juan Mata’s defensive ability is nothing new and it’s likely the reason he got rid of Henrikh Mkitaryan in the end. Undoubtedly Sanchez is a better player but using him to chase 70 yards back to his own box is like wearing socks on your hands to warm them up. It’ll work but there’s definitely a better way to use them.

What may be even more worrying than his strange on-field decisions are Mourinho’s even stranger off-field comments, particularly after that game against Sevilla where he brought up the previous two times that he had sat in that particular chair after knocking Manchester United out of the Champions League, in 2004 while in charge of Porto and in 2013 while in charge of Real Madrid.

He claimed these previous exits at the hands of Mourinho means this latest one “isn’t something new for the club”. This seems to detach himself from the team which he tends to do when he receives criticism and gets defensive.

At previous clubs it’s signalled the beginning of the end. At the moment, it’s hard to know if United could attract a manager who would be any more successful but if Jose starts to claim to be bigger than the club and separate entirely from his own team, he’s only going to open his own trap door.