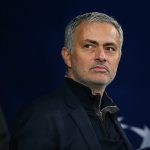 With Manchester United’s underwhelming exit from the Champions League after their 2-1 aggregate loss to Sevilla in the last 16, the club and the fans have been re-evaluating the kind of expectations they hold for the team. In the intervening period manager Jose Mourinho has been seen making some bizarre outbursts in his press conferences, while many supporters are wondering if … END_OF_DOCUMENT_TOKEN_TO_BE_REPLACED