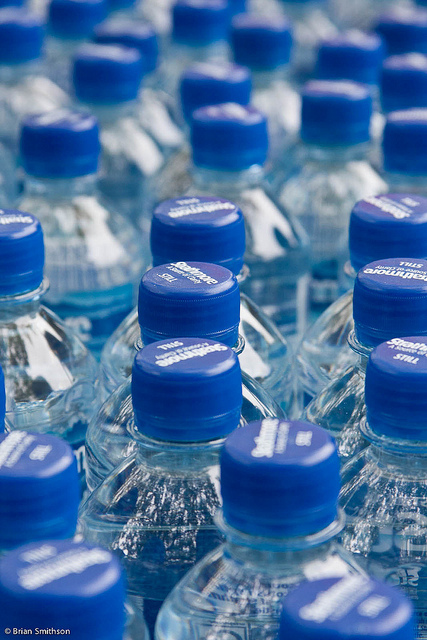 A recent study has found high levels of microplastics in bottled water and has discovered that 90% of the world’s most popular bottled water brands contain tiny pieces of plastic.

The most common type of plastic fragment found was the same type of plastic used to make bottle caps- polypropylene. The bottles that were used in this study were bought all across the world, in the US, China, Brazil, India, Indonesia, Mexico, Lebanon, Kenya and Thailand. Nile red dye was used to fluoresce particles in the water as the dye tends to stick to the surface of plastics but not most natural materials. This bright red colour clung to all the plastic particles in the water, making the plastic contents of the water very clear to the observers.

The scientists involved in this experiment stated that they “found roughly twice as many plastic particles within bottled water” compared with their previous study of tap water. In just one bottle of Nestlé Pure Life, concentrations were as high as 10,000 plastic pieces per litre of water. Of the 259 bottles tested, only 17 were free of plastics, according to the study.

A spokesman for the World Health Organisation spoke out and stated that although there was not yet any evidence on the impacts on human health, it is an emerging area of concern. So, does this mean that we should finally give up on this environment-damaging practise? And even if bottling companies make any changes, is it still worth buying bottled water? Besides, micro-plastic is only one of many reasons to stop drinking bottled water.

Companies that use single-use bottles to package their water have no concern for the uncertain future: they do not seem to give the long-term effects of climate change and the endangered watershed a second thought, the only thing these companies are interested in is profit. These companies promote their “healthy” products to their customers and end up selling it at prices that are 240 to 10,000 times higher than what those customers pay for their own tap water.

Drinking fountains were once an amenity found all over schools, hospitals and cities. However, vending machines seem to have stolen their places, forcing citizens to buy bottled water because these fountains happened to lapse into disrepair. Many schools, hospitals and Government buildings found it too expensive, or simply lacked the funds to repair the old pipes for these fountains, and so this modern infrastructure lost its place in our communities. Now people turn to corner shops, supermarkets and vending machines to purchase their daily water bottle.

I’m sure I don’t even need to mention how few of these bottles actually end up being recycled, with most of them ending up piled high in landfills, floating around in stagnant rivers, or lodging themselves in various underwater environments, disrupting marine life and causing horrific environmental damage.

Although many people believe that bottled water is cleaner and purer than their tap water, this isn’t the case. Many bottled water companies advertise their product as being sourced from “natural springs” or other theoretically pure sources. However, about 45% of bottled water is taken from the exact same places that your tap water comes from. So, they are essentially the same thing, although now we know that the bottled water contains micro-plastic particles now too, so which option really wins here?

The human race spends collectively around $100 billion dollars a year on bottled water, it’s as if we have forgotten about the absolute luxury of running water. NUIG has a number of water coolers located around the school, as well as specific recycling bins for plastic. If you haven’t gained anything from this article, I hope that you will at least take advantage of these facilities and work towards creating a better future for years to come.