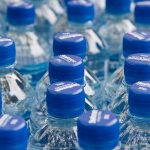 A recent study has found high levels of microplastics in bottled water and has discovered that 90% of the world’s most popular bottled water brands contain tiny pieces of plastic. The most common type of plastic fragment found was the same type of plastic used to make bottle caps- polypropylene. The bottles that were used in this study were bought all across the world, in … END_OF_DOCUMENT_TOKEN_TO_BE_REPLACED 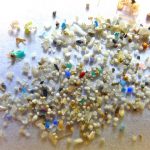 Microplastics (Source: Oregon State University on Flickr) Lorna Shaughnessy didn’t move to Galway just to be a lecturer in the NUIG Spanish Department, she fell in love with the rugged Connemara landscape and crisp ocean waves crashing against the Burren. Now, years later, she is concerned about the increasing amount of plastic she sees washed up along the Galway … END_OF_DOCUMENT_TOKEN_TO_BE_REPLACED