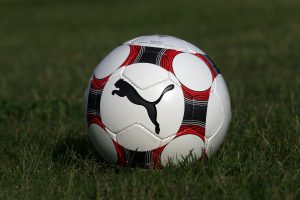 Apart from slating managers and out of form players, video assistant referee (VAR) is the next most heated debate in 21st century football. In the Premier League a team seems to be robbed of points every weekend due to bad refereeing decisions.

The majority of referees seem to lack the fitness levels required in order to keep up with the play and can’t always view game incidents with 100 percent accuracy. Living in the technological revolution, it seems logical to take full advantage of the miraculous services available to us.

For years Rugby, Baseball and Tennis to name a few have used the system to wonderful effect. There is never a wrong decision in the latter and rarely a poor call in the former two.

The Badminton World Federation have also followed suit and have implemented the challenge system we see in Tennis with delightful results.

In 2016 the international football associations board (IFAB), approved the trial of VAR.

The A-League in Australia was the first nation to implement the system in a professional match. A correct yellow and red card were issued thanks to VAR intervention. The Major Soccer League in the USA applied VAR during the 2017 season.

The Bundesliga is the highest profile league to avail of this service. It has been subject to much criticism of late due to its lack of rapidity and for often unveiling grey areas within the sport.

Not all decisions become clear through the use of VAR. Perhaps a revision of the footballing rule book is what is really required.

The FA Cup also implemented the new technology this year. Much uproar was caused by Juan Mata’s goal being overruled in the side’s recent 2 – 0 win over Huddersfield. Some pundits believe there is an unofficial margin for being offside. The rule book however clearly states otherwise.

Through the years, there have been several cases poor refereeing. The two examples that always spring to my mind are the Champions League semi – final second leg matches between Roma and Dundee United back in April 1984 and the second leg clash between European heavyweights, Chelsea and Barcelona in 2009.

Numerous clear-cut penalty claims were denied to the Blues while it was later revealed that Roma had bribed the referee prior to the penultimate clash in Rome. Both issues would have been resolved by VAR and in the case of the Blaugrana, would have denied the so called greatest team of all time their Champions League title.

In terms of the World Cup, so many teams have felt hard done by whilst competing to lift the Jules Rimet Cup. The English experts who are putting VAR down should really be rejoicing at the news. Have they forgot Maradona’s “Hand of God” or Frank Lampard’s disallowed goal against Germany?

In the last World Cup final, Manuel Neuer somehow stayed on the pitch as Lionel Messi was denied a deserved World Cup title.

Columbia will also be relieved at the necessary changes after they were beaten by the referee rather than Brazil in the 2012 World Cup quarter final. David Luiz’s consistent fouling of tournament star James Rodriguez was clear for all to see.

The referee was later labelled the “worst ref I have seen in the last ten years” by Diego Maradona whilst speaking on his TV show “De Zurda”. He went on to say that both Julio Cesar and Hulk should have been shown red.

For all its apparent failings, VAR will ensure that Russia 2018 is not decided by a bad refereeing decision as it was many times in the past. No rule breaking will decide the fate of teams who have worked so hard over the past four years to try and fulfil the hopes of their nations. The least they each deserve is a fair decision-making process.