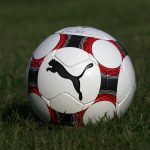 The 2018 World Cup looks set to be a cracker. Much negativity has surrounded the event due to Russia being the host nation. Politics seems to be the dominating the World Cup headlines following the recent struggles between England and Russia not to mention Vladimir Putin’s constant political machoness. The Sun recently published an article about Borris Johnson who insinuated … END_OF_DOCUMENT_TOKEN_TO_BE_REPLACED 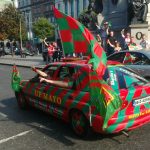 GAA president John Horan recently spoke about his desire to create a second division in the All Ireland Football Championship by 2021. The traditional quarter-finals method has been replaced by the new Super Eights format. The round robin type tournament will be given a three year trial before the Football and Hurling Championships will be up for review at the end of the 2020 … END_OF_DOCUMENT_TOKEN_TO_BE_REPLACED

Apart from slating managers and out of form players, video assistant referee (VAR) is the next most heated debate in 21st century football. In the Premier League a team seems to be robbed of points every weekend due to bad refereeing decisions.  The majority of referees seem to lack the fitness levels required in order to keep up with the play and can’t always view game … END_OF_DOCUMENT_TOKEN_TO_BE_REPLACED 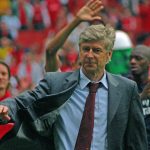 Arsene Wenger has been on the receiving end of four consecutive defeats for the first time since 2002. Having once been recognised as the best manager in World Football, the Frenchman is now expected to finally be relieved of his duties.  Having served the Gunners for 21 years, Wenger has experienced the highest of highs and the lowest of lows. He has won three Premier … END_OF_DOCUMENT_TOKEN_TO_BE_REPLACED 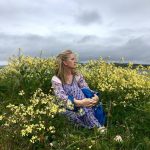 Veronica Lydon of Carna believes it is essential that athletes make a conscious effort to pay more attention to their body’s “whispers” in the year ahead. She believes that flexibility and recovery work are the most neglected aspects of today’s athletic training culture. Having quit her job working in an office for the US Department of Agriculture, Lydon began studying … END_OF_DOCUMENT_TOKEN_TO_BE_REPLACED