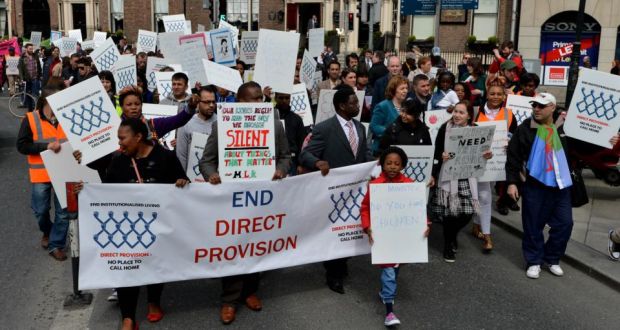 Following the lead of his DCU counterpart, current NUI Galway Students’ Union President Lorcán Ó Maoileannaigh spent one week living on the meager allowance given to those in direct provision last month. He finished with just €4.20 in his pocket.

He quickly learned how hard it is to try to live on just €21.60 for a week and tweeted about his experience online throughout the seven days.

The SU president wanted to show how limiting such a restrictive allowance is for people in direct provision and did the exercise as part of NUI Galway’s Equality Week.

“I thought it was really important to use my platform to get the message out there,” Ó Maoileannaigh told SIN.

“Too often people live in their own bubble which makes it near impossible to empathize with unfamiliar situations, so I wanted to experience living like this first hand.”

The SU president said it was near impossible to do anything social or extra-curricular and that even though people in direct provision receive their meals, the allowance doesn’t take into account countless daily-life occurrences.

He tweeted early on in the week that when he came down with a head cold he couldn’t afford to purchase Nurofen in the pharmacy because it would cost him 16% of his weekly spending money.

“You can’t even afford to get sick,” he tweeted.

Ó Maoileannaigh also struggled when he needed to make a trip to Dublin- the cost of one return ticket was nearly two euro over his whole weekly budget.

“Travel was the biggest struggle,” he said.

“If someone in direct provision here in Galway wants to go to Dublin to the Irish Refugee Council they have to save up. They can apply for expenses afterwards with proof of purpose of the trip but this is still a relatively arbitrary process”.

In all, more than 4,300 people, including 1,600 children, are in direct provision in Ireland and are living off of the minimal allowance across the state’s 34 accommodation centers. For those who need weekly prescriptions or need to pay for children’s school books and activities the money doesn’t go far. By the time simple household products, such as washing powder, are bought another dent has been made in the budget.

The Irish Refugee Council and the Free Legal Aid Centre have called for the payment to be increased but the cries have so far fallen upon deaf ears.

Students’ Union’s across Ireland’s universities have been coming together in protest against the contentious scheme and Ó Maoileannaigh president is hoping that by stepping into the asylum seekers shoes like this, we can try to understand a little better just how much these people are struggling.

“Doing something like this brings an element of realism to the current situation in direct provision centers in Ireland,” he said.

“But I know that a one-week experience living off the allowance is only the tip of the iceberg”.