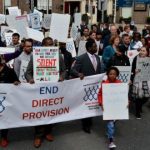 Following the lead of his DCU counterpart, current NUI Galway Students’ Union President Lorcán Ó Maoileannaigh spent one week living on the meager allowance given to those in direct provision last month. He finished with just €4.20 in his pocket. He quickly learned how hard it is to try to live on just €21.60 for a week and tweeted about his experience online throughout the … END_OF_DOCUMENT_TOKEN_TO_BE_REPLACED 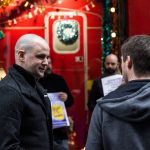 NUI Galway’s Students’ Union has joined the fight against the horrors of Ireland’s direct provision scheme and is actively taking part, along with numerous Student Unions across the country, in the protest against what SU President Lorcán Ó Maoileannaigh referred to as the modern day Magdalene Laundries. On Saturday 20 January the SU and numerous NUIG students took part in a … END_OF_DOCUMENT_TOKEN_TO_BE_REPLACED