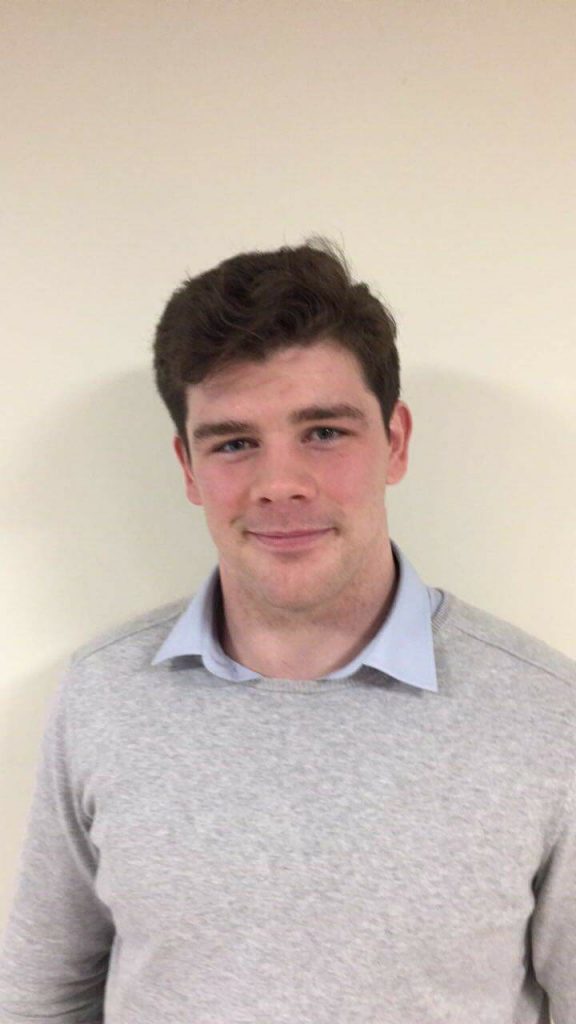 I’m running for Education Officer to represent the students in NUIG and for the changes that I see would benefit them and that I hope they would like to see. I started studying Law because I have a passion for education and I would really like to fight on the behalf of the students in NUIG and for their interests. I understand the financial hardship that is student life. I know many students have to deal with many issues regarding exams and find no solutions, I have as well. I want to represent those people and I want to solve these problems and help in any way possible. I am more than capable of doing this.

What is the one thing you are hoping to achieve as Education Officer over everything else?

Well, I know students that are in our university, I know them personally, who suffer financial hardship. You have a case where requirements remain the same year-on-year, but the cost of living is constantly rising. I’d like to help those who fall through cracks to find support. It’s not only what they need but what they deserve. If a number of children in a household is factored in usually, why isn’t it for this? Two students, I can think of in this circumstance, are in two different situations because of the course they did, what they studied. I know it would be difficult path but that’s what I would pursue. Year-on-year our student life is growing more and more difficult and I hope to fix this.

I want to highlight the role of Education Officer and create a dialogue between various bodies and the university such as the colleges, the various schools, and even to inform students as to where one of the best places are to discuss their issues. Say from my own experience, I broke my nose going into the exams at semester one this year – boxing in Dublin – and so I went to the college doctors and I was told I could either defer all of my exams or be able to sit them as a temporary special needs. I chose the latter and after I’d sat the first exam, because I wasn’t sleeping with the pain and I was on some painkillers, my result was just terrible. I went to the lecturer and asked if I could re-sit the exam and I was under no allusions that I had done shockingly bad. But I was informed that I could take it up with the Head of Law school and then the Head of Law told me that if I failed the exam they could help me but seeing as I didn’t fail it, I couldn’t re-sit it, but if I’d gone to them beforehand, they would’ve shown me flexibility and I would’ve been just been able to defer that one exam which would have been ideal. I’d like to highlight this. As well as that, I’d like to continue the line of the current Education Officer in opposing fee increases. Everyone should get the same education, regardless of background or financial issues and situations.

How will you communicate with students who have problems with their course or with their grant?

As far as grants go, for students who experience financial issues I would inform them of the working funds available to them; SUSI, financial aid fund, the Tús scheme. Those searching for a job locally, as far as getting work goes I would direct them to the Career Development Centre and certain facilities that are open to them that can ease problems. I just don’t think this relationship is being highlighted enough.

How will you strength communication between students and their lecturers and encourage students to express issues that they have?

I know, in person, that approaching a lecturer with an issue can be daunting. There is a go-between for the student and the lecturer, the class rep, and I would encourage and promote this relationship further. From my own experience, I feel that since I find approaching even class reps would be hard, research is needed to improve this. I would encourage students to avail of who represents them and foster the relationship between the class rep and the lecturer, and their schools.

Do you have any opinion on the BA Connect where a full year of college, including the placement and modules, doesn’t go towards the final grade?

Looking at it from an outsider, I understand that students would want to see results from their efforts and the efforts they put into something. They may feel frustrated, but in terms of placement, would anyone really feel comfortable with a company or business body, with no experience, grading a student’s work, because in doing so it could go one of two ways? Although I feel that students can get something equally important from that work which also looks good on a CV. That being said, I’m not in that situation, I’m not close with anyone who’s undertaking those courses. I would be open to hearing from anyone with this issue, I am always open to listen.

Is there anything else that you’d like to add?

I would just like to say I take this role seriously. I’ve represented many things in my life. First of all I’d say is my country, with boxing for Ireland abroad. From that experience, I consider I would do all I could to represent students to the best of anyone’s abilities. Furthermore, I would encourage every student to vote, regardless of candidate. If they’re so willing, vote Cian!