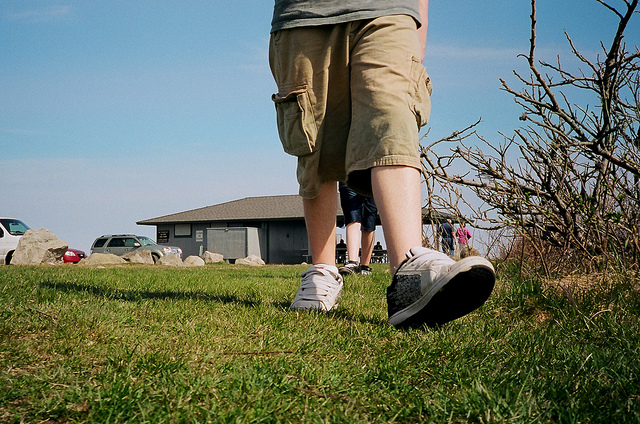 Since the rise of activity trackers such as the eye-roll inducing Fitbit, there seems to be a general air among people that we have to reach that elusive 10,000 steps a day to have made that day worthwhile. While studies show that most people only reach half of that goal (oh, the shame), the health benefits of 10,000 steps have been proven; weight loss, less risk of strokes, and counteraction of the ill-effects of too much sitting. While we should all strive for that five-digit number, sometimes it’s just not doable. Here are three unconventional ways to reach 10,000 steps a day easily:

Park your car farther from your destination

It’s Friday morning and you’re wrecked after a late night in the Reading Room. Deliveroo would simply take too long to deliver a revitalising burrito, so you decide to drive to Boojum instead. You could take the easy way out and park at the multi-storey car park on Merchant’s Road, but dedicated Fitbitters would not do that. The cathedral or the Black Box car parks are far more lucrative for them. It may be a bit of a trek to get to a humble burrito, but at least you’re working off the calories before you even consume them.

It may go against every grain in your body, but at this stage there’s more chance of the dishes cleaning themselves than your housemate doing it. Weetabix may be stuck to a few bowls and there might be something growing at the bottom of the bin which doesn’t even have a bag in it, but it’ll all be worth it in the end. Put in your earphones and hoover every corner of the apartment. Your heart rate will rise to meteoric levels and you’ll sweat out the calories. You’ll also have a clean house to match your clean body.

Go on a night out

It may sound counter-productive, but it’s really not when you think about it. There’s a great workout to be had from ‘cutting shapes’ on the dancefloor. The dabs and pathetic attempts at the worm will help raise that step count in ways that staying in and watching Netflix never could.

As stated above, these are all rather unconventional*.