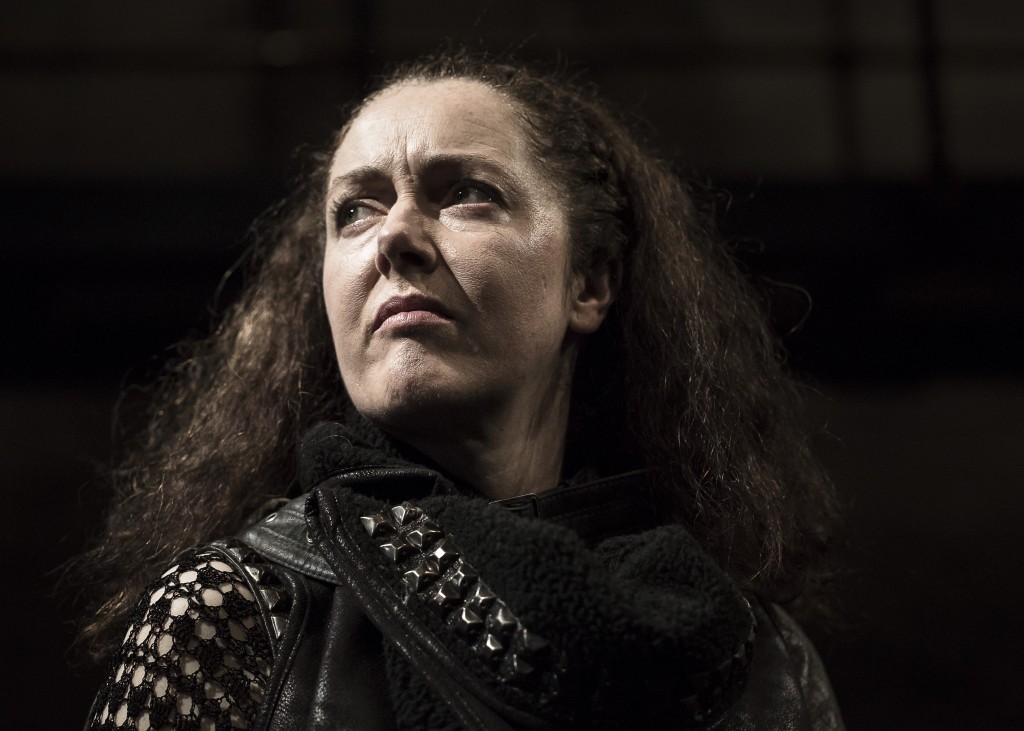 Still basking in her victory in the Best Actress category at the Irish Times Derbhle Crotty brings all the energy and life to her conversation that she does to the characters she portrays on stage.

Perhaps it is this level of vitality and enthusiasm that has made her one of the most celebrated and recognisable actors working on the Irish stage today.

Her fearlessness undoubtedly contributed to her casting as Henry IV in Druid Theatre’s gender-blind production of DruidShakespeare, which toured Ireland last year and included performances in New York’s Lincoln Center.

The production’s ambition was not limited to its casting of Crotty as King Henry IV and Aisling O’Sullivan as Henry V – the character of Richard II, although played by actor Marty Rae, was also portrayed in a gender-fluid manner.

Many would have been intimidated by the prospect of taking on the mantle of one of Shakespeare’s most complex and nuanced characters, previously only the domain of the male acting fraternity.

As well as this, there was also the small consideration of staging Richard II, Henry IV Part One, and Henry IV Part Two, and the conclusion to the saga Henry V, in a single seven-hour performance to scare away the faint of heart.

When asked if she was at all daunted by scale of the challenge, however, Crotty quipped, “You had to grid your loins”.

She continued, “I hadn’t been involved with DruidMurphy or DruidSynge” [Druid’s previous omnibus productions] but I had, needless to say, admired them and been astonished by them from afar, and, while I’m quite experienced with Shakespeare, it was an act of faith really.

“You jump in there and you take it day by day, hour by hour.”

Ambition was not something the project lacked, and were it not for the calibre of actors, director, and the production staff involved, it may not even have been possible.

Speaking on the demands of the rehearsal schedule, Crotty said, “By the time we got to the fourth week it really was, my god, we’re going to get one more go at any one of these scenes before it goes in front of an audience.”

The combination of talented practitioners and inspirational writing, however, came together to create the runaway success story of this year’s Irish Times Irish Theatre Awards.

The mammoth production was a widespread success with audiences and critics alike.

When asked if the success of the project had been foreseen, Crotty replied, “You have no way of knowing that or anticipating that. You wonder, ‘Are we going to get away with this?’

“Are we going to be able to stand this on its feet? It’s so ambitious. When we were working on Henry V, it would have been two weeks since we touched Richard II. It was almost as if it was disappearing. Fading. “

The project must have been a difficult challenge for all involved.

For Crotty, one moment in particular comes to mind when thinking of the stress of pulling together so complex a design: “We did the first preview and it was Richard II and Henry IV Part One and that was it. On the second night we did Henry IV Part Two and Henry V.”

“I really was uncomprehending of that. I knew it was written down somewhere and that I would be required to come in and do it. But couldn’t take it into my system.

“But we did do it, and the next night, we put the two of them together, and then the next night we opened. That’s the truth. Really it was a leap of faith at every stage, and everybody took the leap together.

“You had an appreciation for the quality of work that people were doing, but you had no further sense that this was going to be a milestone in Irish theatrical history or anything remotely like that. You had an admiration for everybody else work, for Garry [Hynes]’s work, for all the work that was done in the technical department, as well as your fellow actors work.”

In a time of tight budget constraints and continued cuts to Arts Council funding, DruidShakespeare was perhaps the most risky of Druid’s theatrical anthologies.

Druid, however, have never shied away from a challenge.

When asked about what made the company (founded in Galway by three UCG graduates), so different to its contemporaries, and what drove them to attempt such things, Crotty ponders before responding: “There is a fearless quality to them and they have strong tastes.”

After a moment more, she adds, “I do think they attempt the impossible on a regular basis.”

Strange to think that so successful a production could be born in such seeming chaos; perhaps, it echoes the assent of Henry IV to the throne of England in the plays themselves.

It could also be said that the play retrospectively captures the current mood in Irish theatre, as it mirrors the rebellion of the Waking the Feminists movement against the gender imbalance that exists in Irish theatre.

Waking the Feminists began in opposition to the Abbey Theatre’s commemorative programme for the 1916 Rising Waking the Nation.

Of the ten plays included in the programme only one was written by a female playwright; Crotty was one of the more high profile advocates of the movement.

Although she herself has regularly performed Abbey main stage through her career, she felt compelled to speak on behalf of the writers, directors and actors that had been slighted by Ireland’s largely male-dominated theatre industry.

And much like King Henry, “Uneasy lies the head that wears the crown”.

When asked if her success was a factor in speaking out, Crotty answers, “Yes, because of my privilege. And it made me look at that and look at my output and history and go, ‘gosh, I’ve been extraordinarily blessed.’

“There is no other word for it. And then for a while I wondered, that because I had been so blessed, if actually I did have a voice and would it be legitimate for me to speak.

“And then I thought… I will speak, because it’s very important at this stage to support [this movement] with a name that has some recognition. I had worked in the Irish theatre for over 20 years.

“But I definitely hesitated for a while and wondered whether my voice was necessary or how useful it would be. But then I thought that, if it’s not relevant, then it won’t do any harm, and if it does anything better than that, well then great.”

The Waking the Feminists movement continues to garner support from theatres in Ireland, including Druid themselves, and from overseas.

Crotty believes that this rebellion will live long in the minds of those involved in Irish theatre: “It’s a question of hearts and minds and I absolutely believe that hearts and minds have been changed.

“I feel that you can’t go back from here, you can’t unsee what you have seen. And if you do there will be someone there to call you on it. And needless to say I strongly believe that this is important for the life blood of theatre. It’s about real modernity.”

“Theatre should be reflecting the times that were living in. But theatre was showing aspects that belonged to a different time. Waking the Feminists is about dragging it into the present times.”

Whether it be rebellion on or off stage, Derbhle Crotty seems ideally suited to both.