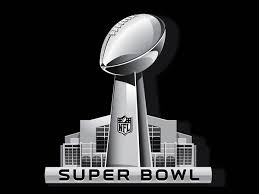 The 49th edition of the Superbowl is coming up and it is a mouth-watering prospect. It will see the New England Patriots, arguably the team who ruled the last decade and the last team to win back-to-back Vince Lombardi trophies, take on the current champions, the Seattle Seahawks.

It is a clash to decide who is the dynasty of the NFL. Will the Patriots be able to continue on theirs or will the Seahawks be able to take over the mantle from Brady’s team?

It is tasty in so many different regards. For the Seahawks, it is a chance to cement their place as the team in the NFL. After a tough start to the season they fought back to earn a wildcard place. Coming from 3-3 to finish 12-4 is no mean feat. The Seahawks have just gotten stronger as the year has progressed and they are hitting the right form at the right the right time.

They showed the heart of champions against The Green Bay Packers to come from behind and score 15 points in the final quarter to get to overtime and book their spot in The Superbowl as well as winning their last six regular season game and two more in the play-offs.

Seattle’s success has been based largely on the best defence in the league. They have conceded the fewest points this year in regular season and until Green Bay scored 22 against them, they hadn’t conceded more than 20 points in seven games.

For the Patriots, it’s the chance to show the entire league that they are still the team to beat. After owning the decade from 2000-2009, making four Superbowl appereances and winning three of them (two in a row), it’s fitting that they should be the team to try and stop the Seahawks making it back-to-back wins.

Led by the brilliant and inspirational Tom Brady, the Patriots have been on fire this year. They too enjoyed a tough start to the season, being 2-2 after four games. However, a great run also gave them a 12-4 record, finishing as the number one seed in the AFC (like Seattle in the NFC).

Their play-off run was much easier, scoring 80 points in two matches including hammering the Colts 45-7 in the AFC Championship match. They have built their run on their offensive capabilities, ranking 4th in the league with 29.3 points per game average.

So, as one can see above it will be a battle of a great defence vs a great offense. It will also be the battle of the Quarterbacks: the proven-legend vs the young pretender. We all know how good Tom Brady is and how he rises to the occasion but Russell Wilson has been a great find for the Seahawks. He showed mental toughness and the ability to rise to the pressure against the Packers after three terrible quarters and throwing three interceptions.

Brady, however, will have to do something no Superbowl-winning QB has done to Wilson before – beat him. Wilson has faced a Quarterback with a Superbowl ring 10 times before and he has beaten them all, including Brady in 2012.

In a match where the offensive and defensive lines will be so evenly matched, it’s all going to come down to which quarterback performs better on the day. Both men have the ability and mental fortitude to have a great game so it will be interesting to see which man comes out on top.

The final cherry on the cake is the fact that Seattle’s head coach, one Pete Carroll, used to coach the Patriots and despite having two decent seasons with the outfit, he was fired in 1999. Can he be the one to mastermind a victory over the team that has ruled the NFL since the start of the century? It certainly would be one hell of a story.

Who is going to win? My head and my heart are pretty unified here. Wilson has already has his bad game against the Packers and was amazing at the close of pre-season and in the first play-off game against the Panthers. He will be raring to go on Febuary 1 against the Patriots and has the ability, mental fortitude and the experience of winning it last year to do it again this year. Him, combined with a great coaching team and an amazing defensive unit should ensure another win for the Seahawks to usher in a new dynasty to the NFL.